UK Not Yet Approached for Extradition of Mallya, Lalit: Sushma 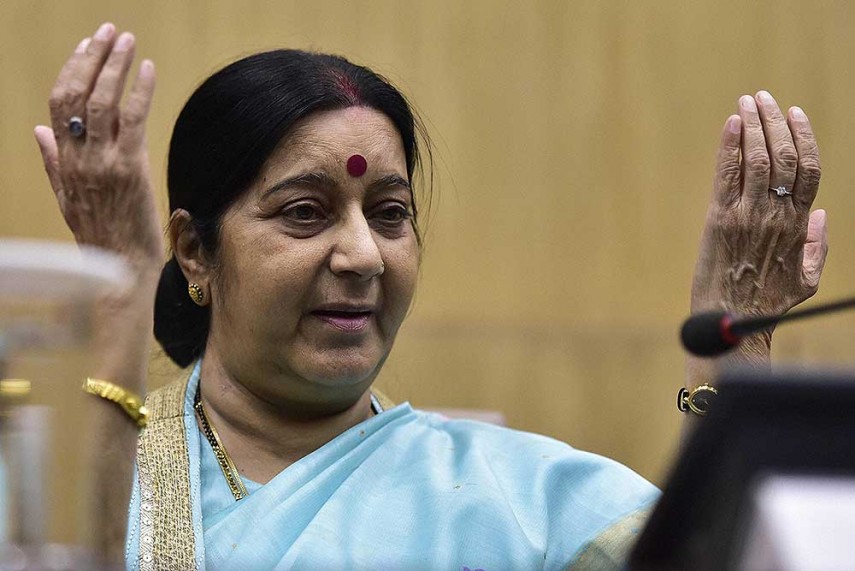 Print
A
A
A
increase text size
Outlook June 19, 2016 20:15 IST UK Not Yet Approached for Extradition of Mallya, Lalit: Sushma

India has not yet approached the UK for extradition of liquor baron Vijay Mallya and former IPL boss Lalit Modi, wanted by Indian investigators in multiple cases, External Affairs Minister Sushma Swaraj said today, as the ED is still to provide required documents to her ministry.

Swaraj said that in the case of Mallya the Enforcement Directorate(ED) had sent her Ministry the extradition request but certain changes were suggested and the probe agency was yet to respond. With regard to Lalit Modi's case, she said the ED has not sent the required documents.

"When we get requests for extradition in both the cases, we will send them (to the UK)," Swaraj told a press conference. She said the previous UPA government had only sought deportation procedings against Modi and it was only NDA government which was seeking his extradition.

Both Mallya and Modi are wanted by the ED in its money laundering probe and the agency has also sought a global arrest warrant against them from the Interpol.

On the controversy over Indian High Commissioner in UK Navtej Sarna attending an book launch event where Mallya was also spotted in the audience, Swaraj said the envoy was "not at fault at all."

The Minister said neither event organiser London School of Economics(LSE) nor the Indian High Commission had invited Mallya for the event where a book by socialite Suhel Seth was launched.

"The first invite was sent by LSE. LSE has formally written a letter to us and said that they did not send invite to him (Mallya) but it is also true that there was an open invitation too because they (LSE) had to fill a hall of 400 people and students go on vacation in summers. Hence, through the open invite anyone could come," she said.

Swaraj added that the HC's reception invite too did not go to Mallya.

"There was no authorised invite by LSE to him (Mallya) nor any from the High Commissioner. You also know that as soon as the HC (Sarna) saw that Mallya is present there, he left in five minutes.

"I don't understand then why this is being made an issue. When we see the invitees list and the conduct of HC then this issue does not remain," she said.

Television news channels had showed pictures of Sarna and Mallya in the hall where the event was held and questions were raised over the presence of the High Commissioner at an event where a personality wanted by enforcement agencies in India was also present.