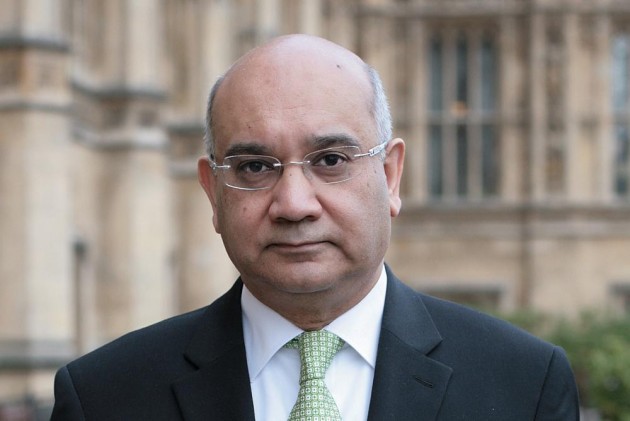 Keith Vaz, Britain's longest serving Indian-origin MP, was today embroiled in a sex scandal after a newspaper claimed he had paid for male prostitutes.

The Labour MP from Leicester since 1987, who is a married father of two, paid for men to visit him one evening last month at a flat he owns in London, the Sunday Mirror claimed.

The 59-year-old Goan-origin MP has since announced he will be stepping aside as chair of the influential House of Commons Home Affairs Committee, which he has headed for the past 10 years.

"I am genuinely sorry for the hurt and distress that has been caused by my actions, in particular to my wife and children. I will be informing the Committee on Tuesday of my intention to stand aside from chairing the sessions of the Committee with immediate effect," he said in a statement reported by Sky News.

It is understood that Vaz has not resigned completely but temporarily as he speaks to his lawyer and other members of the committee.

The committee is currently examining prostitution in the UK and had issued a report recently saying that soliciting by sex workers should be decriminalised.

Vaz allegedly paid for sex with two male prostitutes and offered to pay for a class A or banned drug, according to the newspaper report, which is accompanied by a video.

It is alleged the MP had two meetings with Eastern European origin escorts, including a 90-minute meeting on August 27.

One text, reportedly sent by Vaz, said the men should arrive at "11 pm, nice and late".

He is said to have added: "I want a good time please."

Vaz is accused of asking the young men to bring poppers to the flat, as well as allegedly joking about being a "pimp".

As the talk ranged from sex to pets, Vaz eventually said: "We need to get this party started".

He also spoke about having had unprotected sex.

And ahead of the meeting he had sent a series of texts in which he jokingly called himself one of the men's "pimp" and "bank manager".

Vaz paid the escorts in cash, the report claimed.

"Money was also paid into a bank account used by one of them by a man linked to a charity set up by the MP," it said.

A Labour Party spokesperson said: "Keith Vaz has issued a statement on this matter.

"As with all departmental select committees, Keith was elected to the chair of the Home Affairs Select Committee by the House of Commons, and his position is a matter for him and the House."