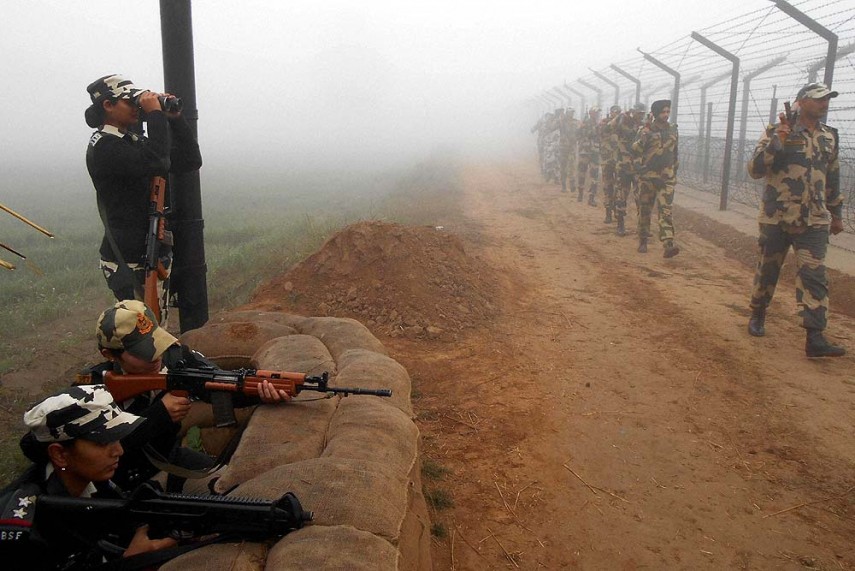 Two unidentified Pakistani intruders carrying a large quantity of heroin were shot dead by BSF personnel along the Indo-Pak border in Bherowal when they crossed into Indian territory during the wee hours today.

Two Pakistanis were shot dead by a Border Security Force night patrolling team after the troops detected some suspicious movement along the barbed wire fencing at the border outpost in Bherowal, DIG BSF Sumer Singh said.

The BSF men opened fire when the intruders ignored their warning to surrender and kept moving towards them, he said.

One intruder died in Indian territory and the other suffered bullet wounds but managed to return to the Pakistani side where he died just a few yards away from the International Border, Singh said.

The DIG said blood trails of the second intruder could be seen from Indian side of the fence and his body was taken away by Pakistani Rangers.

Later, the BSF launched a search operation during which the body of one intruder was found along with nine kilograms of heroin having a street price of Rs 45 crore, a BSF official said.

Continue FREE with Ads Pay Rs. 1 to Read Without Ads
READ MORE IN:
National
Next Story : What Ayodhya Issue is Nationally to BJP, Infiltration is in Assam for Polls: Gogoi
Download the Outlook ​Magazines App. Six magazines, wherever you go! Play Store and App Store