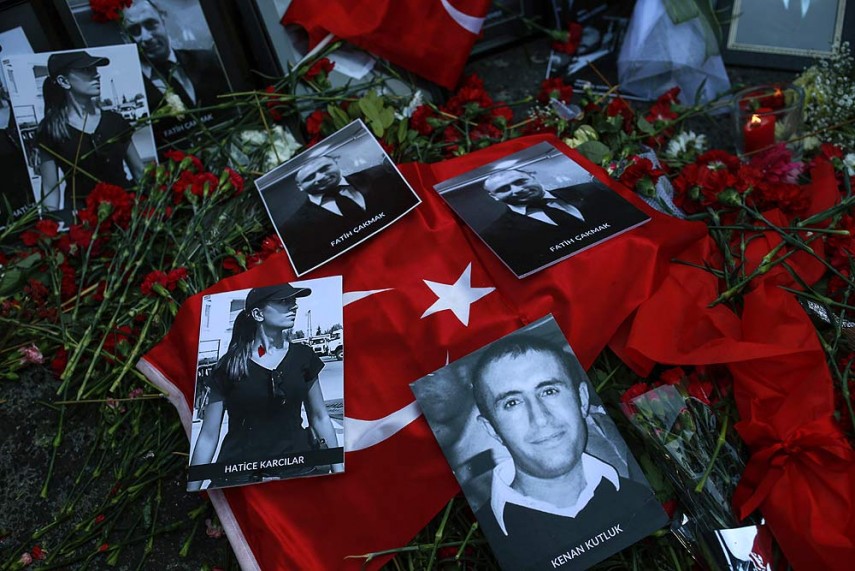 Police today conducted more raids in their hunt for the gunman that killed 39 people, including two Indians, at an Istanbul nightclub, detaining several people at a housing complex in the city's outskirts, the state-run news agency reported.

Anadolu Agency said gendarmerie police and special operations teams conducted raids in the Silivri district, detaining an undisclosed number of people from China's Muslim Uighur community. The report said that those rounded up were suspected of "aiding and abetting" the gunman.

At least 39 other people including 11 women are already in custody over suspected links to the attack on Istanbul's upscale Reina nightclub during New Year's celebrations.

The Islamic State group has claimed responsibility for the massacre, saying it was in reprisal for Turkish military operations in northern Syria. Most of the victims of the attack were foreigners from the Middle East.

The government says the gunman, who reportedly escaped in a taxi, has been identified but authorities haven't revealed his name. Turkish media have widely published images of the suspect, including a selfie video filmed at Istanbul's Taksim Square.

Sabah newspaper, which is close to the government, said the suspect is a Kyrgyz national who was born in 1988. Security has been tightened around Istanbul and at border crossings and airports to prevent him from fleeing Turkey.

Deputy Prime Minister Numan Kurtulmus suggested in an interview with the Hurriyet Daily news newspaper and other sister publications that "foreign intelligence services" could be behind the attack, pointing at the "professional" manner in which it was carried out.

"I am of the opinion that it's not possible for the perpetrator to have carried out such an attack without any support. It seems like a secret service thing. All these things are being assessed," Hurriyet Daily News quoted Kurtulmus as saying in the interview published today.

A group of about 20 suspects were detained yesterday in a police operation in Izmir, western Turkey. Anadolu said the suspects are from the largely Muslim Russian republic of Dagestan, as well as members of China's Muslim Uighur minority and from Syria.

Continue FREE with Ads Pay Rs. 1 to Read Without Ads
READ MORE IN:
International
Next Story : China Dismisses Allegations Of Double Standards On Its Stand On Azhar Issue
Download the Outlook ​Magazines App. Six magazines, wherever you go! Play Store and App Store