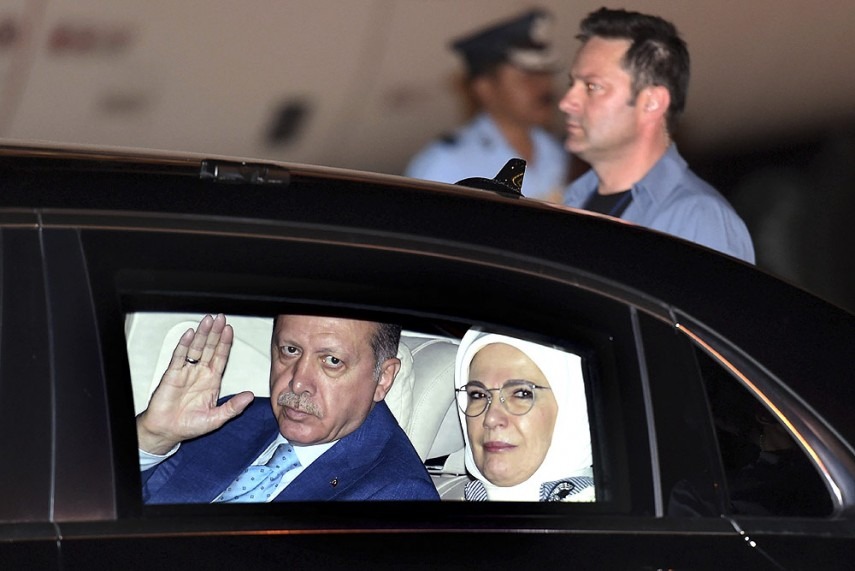 Print
A
A
A
increase text size
Outlook May 02, 2017 15:32 IST Turkey's Erdogan to Rejoin Ruling Party After Referendum Win

Turkish President Recep Tayyip Erdogan is set to rejoin the ruling party he co-founded in a ceremony today, following his narrow victory in a referendum that expands the powers of the president's office.

Most of the constitutional changes ushering in a presidential system, approved in the April 16 referendum, will come into force in 2019.

However, an amendment that reverses a requirement for the president to be neutral and cut ties with their party came into effect immediately, allowing Erdogan to return to the Islamic-rooted Justice and Development Party, or AKP. The party is expected to re-elect Erdogan as its chairman at an extraordinary congress on May 21.

Erdogan, who was prime minister between 2003 and 2014, was forced to resign from the AKP when he became president. He continued to lead the party from behind the scenes, for example having the final say on the list of candidates running for parliamentary seats. The change will allow him to lead the party outright.

Erdogan's "yes" camp won the referendum with 51.4 per cent of the vote against the "no" votes 48.6 per cent, according to official final results announced last week.

The vote switches Turkey's system from a parliamentary one to a presidential system, abolishing the office of the prime minister while boosting the president's powers.

Critics fears the change will lead to a one-man authoritarian rule with too few checks and balances. Erdogan and his supporters argue that a strong presidency will bring stability and more efficient government.