Turkey, US Can Turn Raqa Into 'Graveyard' for IS: Erdogan 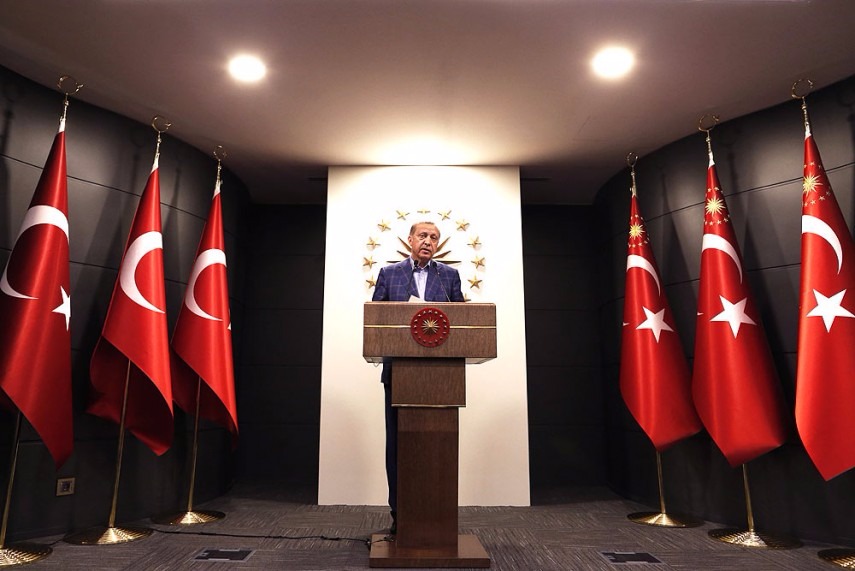 Turkey and the United States can join forces to turn the Islamic State jihadist group's de- facto capital of Raqa in Syria into a "graveyard" for the extremists, the Turkish president said today.

The Turkish government is pressuring Washington to stop backing Kurdish fighters as an ally in the fight against IS jihadists in Syria, in a dispute that has has limited cooperation between the NATO allies.

"The huge America, the coalition and Turkey can join hands and turn Raqa into a graveyard for Daesh," President Recep Tayyip Erdogan told an Istanbul meeting, using an alternative name for the IS group.

"They (the jihadists) will look for a place for themselves to hide," he said.

Erdogan's comments come ahead of a meeting with President Donald Trump on May 16 in the United States, their first face-to-face summit since the American leader took office in January.

Ankara is hopeful about the future of the relationship with Washington under Trump after ties frayed in the final years of Barack Obama's administration.

The two countries have bitterly disagreed over the role of the Kurdish People's Protection Units (YPG) in Syria.

Turkey sees the group as a terrorist group linked to the outlawed Kurdistan Workers' Party (PKK), which has been waging a deadly insurgency against the Turkish state since 1984.

But for the United States, the YPG is essential in the fight against IS jihadists.

The dispute has until now held up any joint American- Turkish operation to seize Raqa and Erdogan is clearly hoping for a breakthrough at his meeting with Trump.

Turkey this month announced it had completed its half- year Euphrates Shield operation in northern Syria against jihadists and Kurdish militia, although it is keeping a presence to maintain security in towns now under control of pro-Ankara Syrian rebels.

Erdogan today said he would present Trump at their meeting next month with "documents" proving the YPG's links to the PKK, which is designated as a terror group by Ankara and Washington.

"We are telling American friends not to take a terror group along with them," the Turkish leader said.

Turkey on Wednesday carried out several strikes in Syria and Iraq against separatist Kurdish rebels and their allies, drawing the wrath of US officials who accused Ankara of lacklustre coordination.

The strikes in the Sinjar area of northern Iraq were against positions held by the Yazidi Protection Units (YBS), a militia supported by the PKK.