Tur Dal in Stock but HRD Refuses to Include It in Mid-Day Meal, Says it Will Increase Cost Per Student 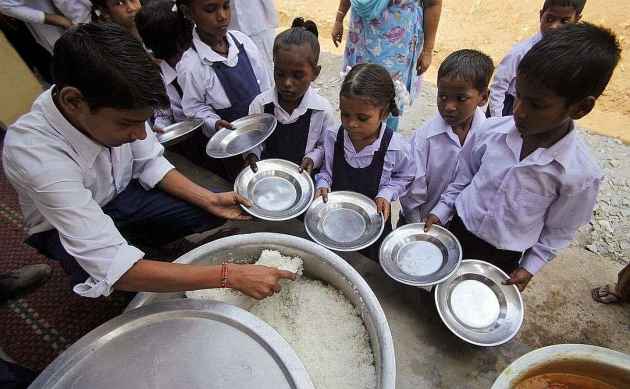 Print
A
A
A
increase text size
Outlook June 18, 2017 14:58 IST Tur Dal in Stock but HRD Refuses to Include It in Mid-Day Meal, Says it Will Increase Cost Per Student

With sacks full of tur dal in its stock, the Food Ministry has approached the HRD Ministry to include it in midday meal (MDM) and hostel mess menu of colleges, but the latter turned down the request.

The HRD Ministry believes it cannot dictate food choices in hostel messes across the country and that inclusion of tur dal in midday meal will lead to an increase in the cost per student considering its higher prices.

The Centre treaded a cautious path this year on tur dal production as the prices had shot up to Rs 180 per kg last year.

Suspecting that the prices skyrocketed due to hoarding, the government asked the procurement agencies to stock up on pulses this year to prevent hoarders holding the market to ransom.

However, with abundant stock, the prices have crashed this year to Rs 50 to Rs 70 per kg.

"The Food and Consumer Affairs Ministry had approached us if the stock of dal can be accommodated by inclusion in midday meals in schools and hostel mess menus in colleges. However, the idea has not been received well," an HRD Ministry official said.

At a recent meeting, higher education officials told their counterparts from the consumer affairs department the government could not impose the choice of food on campus messes.

"The hostel mess menu are not decided by the administration or by the government. They are independently decided by the students and hence it will be a bad idea to impose the choice," the official said.

School education department officials have also expressed inability to include the pulse in mid-day meals.

"With the central government allocating a fixed sum for the midday meals - Rs 4.13 per primary school child and Rs 6.18 per upper primary child - paying higher prices for dal could compromise the rest of the menu.

"Also, it is not advisable to allow it as a one-time arrangement only for this year," the official added.