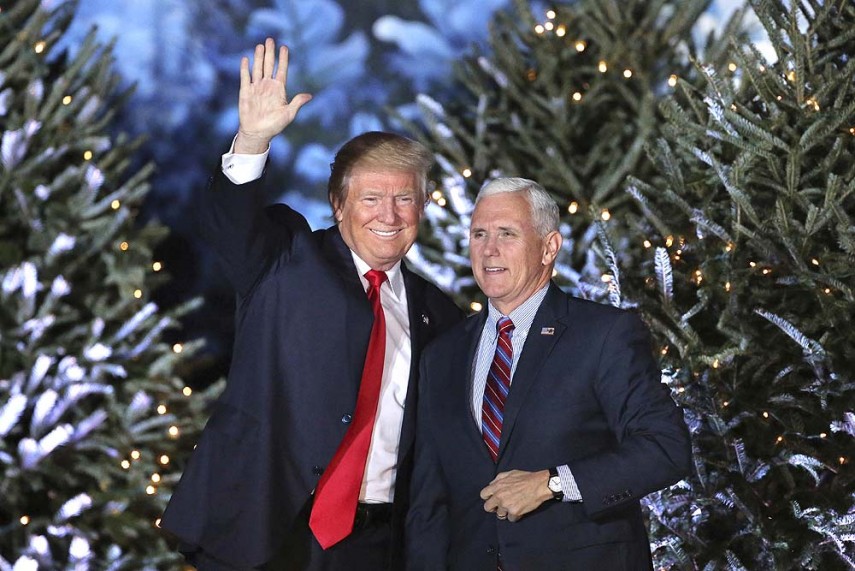 Donald Trump today won the Electoral College vote to formally secure his election as the US' 45th president, easily staving off a long-shot bid by opponents to turn Republican electors against him amid claims that Russian hackers swayed the vote in his favour.

The Electoral College affirmed Trump as the president about six weeks after his stunning victory over Hillary Clinton, pushing him past the 270-vote threshold for election, with scant evidence of the anti-Trump revolt among electors that some of his critics had hoped would occur.

Clinton, however, in popular votes, received over three million more votes than Trump.

The results meant Trump easily staved off a bid by opponents to turn Republican electors against him.

"Today marks a historic electoral landslide victory in our nation's democracy. I thank the American people for their overwhelming vote to elect me as their next President of the United States," Trump said in a statement.

Members of the Electoral College met in their respective state capitals to formally elect the next president moments after he crossed the necessary 270-vote mark.

He would be sworn in as the 45th US President on January 20.

"The official votes cast by the Electoral College exceeded the 270 required to secure the presidency by a very large margin, far greater than ever anticipated by the media," Trump said.

"This election represents a movement that millions of hard working men and women all across the country stood behind and made possible," he added.

"With this historic step we can look forward to the bright future ahead. I will work hard to unite our country and be the President of all Americans. Together, we will make America great again," the 70-year-old businessman-turned- politician said.

In a tweet later, he took a dig at the media and its role during the general elections.

"We did it! Thank you to all of my great supporters, we just officially won the election (despite all of the distorted and inaccurate media)," Trump tweeted.

The electoral college votes normally are just a formality as electors -- most of them party members -- officially cast ballots for the candidate that won the popular tally in their state.

However, die-hard opponents of Trump seeking to stall his march to the White House coupled with Clinton's lead in the popular tally combined to raise the stakes.

Trump's win comes after US intelligence officials determined Russia interfered in the election to boost his prospects in the polls.