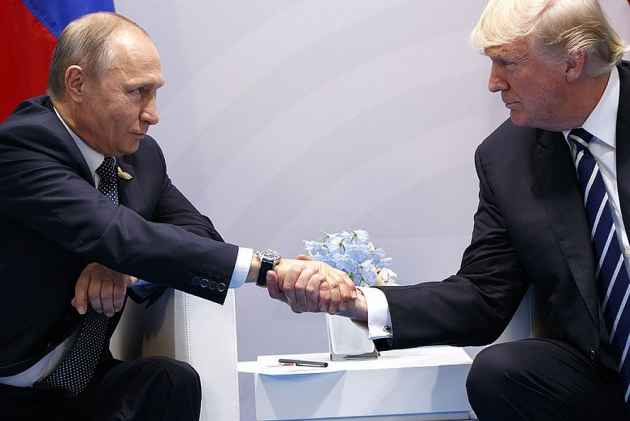 The Trump administration wants to give collaboration and cooperation with Russia a chance, and this is the reason why it is considering to return the Russian diplomatic compounds that were seized by the previous Obama government last year, a presidential aide has said.

"Because we, we want to give collaboration, cooperation a chance," Sebastian Gorka, Deputy Assistant to Trump told CNN in an interview yesterday.

He was responding to questions about decision of the Trump Administration to return a pair of Russian diplomatic compounds in Maryland and New York that were seized from the Kremlin as retribution for Russian meddling in the 2016 presidential election.

The Obama Administration had taken such a decision, because the compounds were allegedly being used for intelligence-related purposes that might have plausibly connected to the interference campaign by the Russian government.

"And if we see good faith come out of the Kremlin with regards to things such as a cease-fire, then perhaps there is a chance for what Rex Tillerson wants to see happen, which is an improvement in relations between our two capitals," he said.

The United States, under Trump, he asserted is not looking to create new enemies.

"We're not looking to create new enemies. That's a very dangerous way to look at the world. And the President said, in theory, I would like to have better relations with Russia, because it's is a geopolitical, geostrategic nation," Gorka said in response to a question.

Trump, he said is a pragmatist.

"He's the most successful real estate magnate in New York. He looks at the world as it is, not as we wish it to be. That was the last eight years of disastrous, ideologically- tinged lack of statesmanship out of the White House," he said.

"We look at Russia as a country that we don't have perfect relations with, we don't even have better relations with than other nations, but perhaps they could improve.

"Do we wish to escalate matters with Russia? I don't think that's a good idea," Gorka told CNN.