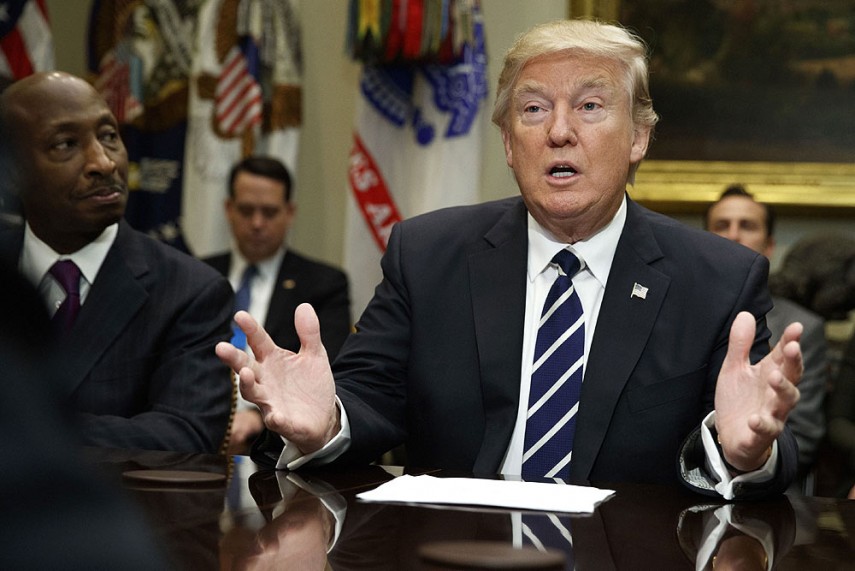 President Donald Trump has pledged close security and economic cooperation with Japan as he described the US-Japan alliance as the "cornerstone" of peace and stability in the Pacific region, a day after patching up with an assertive China over the Taiwan issue.

"We are committed to the security of Japan and all areas under its administrative control and to further strengthening our very crucial alliance. The US-Japan alliance is the cornerstone of peace and stability in the Pacific region," Trump told reporters at a joint news conference with the visiting Japanese Prime Minister Shinzo Abe yesterday.

Seeking to put behind any friction as a result of his sometimes provocative statements during the presidential campaign, Trump hugged Abe as he arrived at the White House, and offered strong reassurances about America's commitment to Japan's defense in the face of China's increased military assertiveness.

"This administration is committed to bringing those ties even closer. We are committed to the security of Japan and all areas under its administrative control and to further strengthening our very crucial alliance."

Abe's visit, which was Trump's second with a head of government since being sworn in last month, came a day after the US President, in a telephonic talk with his Chinese counterpart Xi Jinping and agreed to "honor" a position that effectively acknowledges Taiwan is not separate from China.

Trump had enraged China by stating that the 'One-China' policy on Taiwan is up for negotiation and that he is not fully committed to it.

During the press conference, Trump insisted that it is important that both Japan and the US continue to invest very heavily in the alliance to boost their defence capabilities.

He said the two countries face numerous challenges and bilateral cooperation is essential to address them.

"We will work together to promote our shared interests, of which we have many, in the region, including freedom from navigation and of navigation and defending against the North Korean missile and nuclear threat, both of which I consider a very, very high priority," Trump said.

"On the economy, we will seek a trading relationship that is free, fair and reciprocal, benefiting both of our countries. The vibrant exchange between us is a true blessing. Japan is a proud nation with a rich history and culture and the American people have profound respect for your country and its traditions," Trump said.

Abe, speaking through translator, congratulated Trump on being elected as the US President.

"The mutually beneficial economic relations have been built by Japan and the US," he said.

With Trump taking on the leadership, Abe said major scale infrastructure investments will be made, including the high-speed train.

Japan, with high level of technical capability will be able to contribute to Trump's growth strategy, he said.