Trump Offers 'Warm Support' to Theresa May After Poll Setback 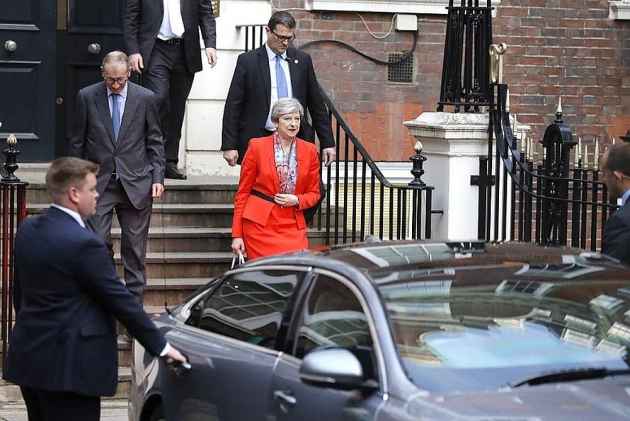 Print
A
A
A
increase text size
Outlook June 10, 2017 09:41 IST Trump Offers 'Warm Support' to Theresa May After Poll Setback

US President Donald Trump spoke over phone with British Prime Minister Theresa May to offer his "warm support" after her Conservative party failed to muster a simple majority in the Britain's snap polls.

"President Trump emphasised his commitment to the United States-United Kingdom special relationship and underscored that he looks forward to working with the Prime Minister on shared goals and interests in the years to come," the White House said in a statement yesterday.

May's gamble of calling snap polls backfired after the British electorate delivered a hung Parliament and forcing her to seek the support of a small Northern Irish party for staying in power, as the country braces for hard Brexit talks.

With results declared for all of the 650 seats of the British Parliament, the Conservatives won 318 while the opposition Labour secured 262, leaving neither party anywhere close to the 326 seats required for an overall majority.