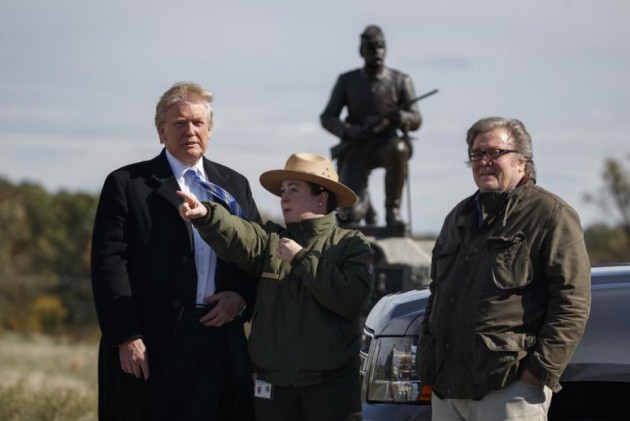 US President-elect Donald Trump has offered the influential post of National Security Adviser to his trusted military adviser Lt Gen (rtd) Michael Flynn, who advocates cutting off aid to Pakistan if it continued to help the jihadist groups, media reports said.

A shrewd intelligence professional and a straight talker, 56-year-old Flynn was one of the top military leaders to have endorsed Trump and has been his closest military adviser for more than a year now.

"The most influential national security job in the still-forming Trump administration will likely go to a retired three-star general who helped dismantle insurgent networks in Afghanistan and Iraq but then surprised — and sometimes dismayed — colleagues by joining the political insurgency led by Donald Trump," The Washington Post reported.

If selected, he would succeed Susan Rice as the NSA.

In his latest book in August, Flynn had advocated cutting off aid to Pakistan, if it continued to help the jihadis.

"We need to have some tough love conversations with the leaders of countries who pretend to be our friends, but who also collaborate with our enemies," Flynn had said in his latest book 'How We Can Win the Global War Against Radical Islam and Its Allies' that hit the book stands in August.

"Countries like Pakistan need to be told that we will not tolerate the existence of training camps and safe havens for Taliban, Haqqani, and Al-Qaeda forces on their territory, nor will we permit their banks and other financial institutions to move illicit funds for the terror network," said Flynn.

As an adviser, Flynn has already proved to be a powerful influence on Trump, convincing the president-elect that the US is in a "world war" with Islamist militants and must work with any willing allies in the fight, including President Vladimir Putin of Russia, The New York Times reported.

They both believe that the US needs to start working with Putin to defeat Islamist militants and stop worrying about his suppression of critics at home, it said.

He served as the director of the Defence Intelligence Agency, the Pentagon's top spy agency, commander of the Joint Functional Component Command for Intelligence, Surveillance and Reconnaissance, and chair of the Military Intelligence Board.

Flynn was forced out of his job as director of the agency in 2014 over concerns about his leadership style.

After the ouster, he frequently lashed out in public against President Barack Obama and blamed his removal on the administration's discomfort with his hard-line views on radical Islam, the Post reported.

Fox News said Flynn was in line for the NSA position, which does not require confirmation by the Senate.