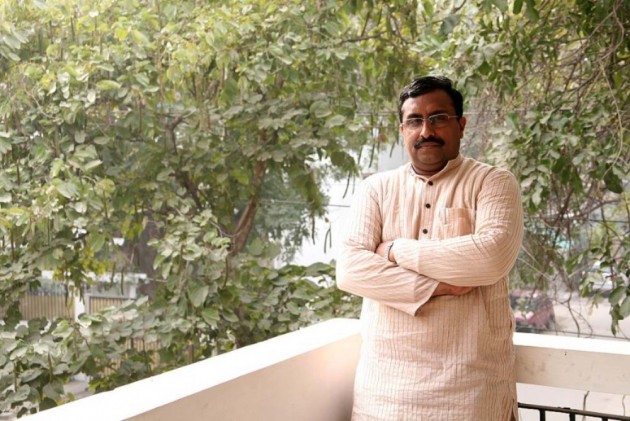 US President-elect Donald Trump seems to have a friendly perspective towards India, a senior BJP leader has said and expressed hope that he would bring "fresh ideas" to combat terrorism and establish the rule of law.

The relationship is likely to march ahead under the Trump administration, he said.

"Going by his pre-election statements towards India, the president-elect seems to have a friendly perspective towards India. He does not seems to be a run-of-the-mill politician, hence we expect him to bring fresh ideas to counter-terrorism, and establish the rule of law," he said.

Madhav is the first senior leader of the ruling party to have addressed on India-US relationship after the election of Donald Trump as the 45th president of the United States.

He said India has earned a tremendous trust from its neighbours in the significantly important Indo-Asia Pacific region.

At an event organised by the Federation of India and Indian Diaspora Studies, Madhav said India assumes the responsibilities - along with its neighbours - to establish peace and "law and order" in the region.

But, he said, India expects the US to continue its pivotal role in the region instead of slowing trade and military engagement in the region.

Trump during his election campaign had released a video in which he spoke in Hindi in an attempt to appeal to Indian- American voters.

"We will defeat radical Islamic terrorism," he had said in the video which showed a picture of the November 2008 terror attack in Mumbai.

"The Indian and Hindu community will have a true friend in the White House," Trump had said.

The ad finished with Trump saying "We love the Hindus, we love India."

Madhav said India has earned a tremendous trust from its neighbours in the significantly important Indo-Asia Pacific region.

"The regional powers will have to take a leading role with America playing a supportive role. That is perhaps the way forward," he said at the event on Friday in the suburbs of Washington DC.