The Washington Post termed the development as a "major setback" to Trump's relationship with the American business community. 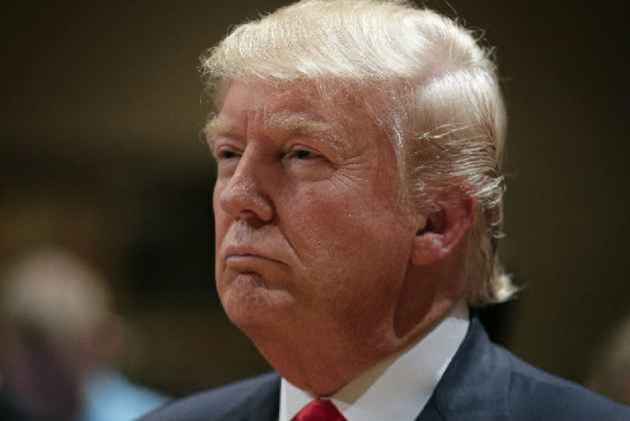 Print
A
A
A
increase text size
Outlook August 17, 2017 10:05 IST Trump Disbands His Advisory Councils As CEOs Quit in Protest Against His Response to Charlottesville Violence

US President Donald Trump today disbanded his two business advisory councils after as many as 11 chief executives ( CEOs) in the panels resigned over his "ambiguous" response to violence by white supremacists in Charlottesville.

Trump had established the Manufacturing Advisory Council in January after his swearing-in while the 16-member Strategic and Policy Forum was established in December when he was the president-elect.

"Rather than putting pressure on the businesspeople of the Manufacturing Council & Strategy & Policy Forum, I am ending both. Thank you all!" Trump said in a tweet.

Rather than putting pressure on the businesspeople of the Manufacturing Council & Strategy & Policy Forum, I am ending both. Thank you all!


As many as 11 CEOs in the advisory councils have quit so far. A majority of them resigned after criticism mounted over the US president's less-than-encouraging response to the weekend violence in Charlottesville, where a car rammed into a crowd peacefully protesting against the rally by white supremacists, killing a 32-year-old woman.

News reports appeared that more CEOs were likely to leave his presidential councils, in an apparent protest against Trump's remarks that people on both sides were responsible for the violence in Charlottesville.

Earlier in the day, members of the Strategic Policy Forum in a joint statement said that intolerance, racism and violence have absolutely no place in the country and are an affront to core American values.

The President's Strategic and Policy Forum was conceived as a bi-partisan group of business leaders called to serve our country by providing independent feedback and perspectives directly to the President on accelerating economic growth and job creation in the United States, the members said.

"We believe the debate over Forum participation has become a distraction from our well-intentioned and sincere desire to aid vital policy discussions on how to improve the lives of everyday Americans," they said.

In a joint statement, the CEOs noted that job creation and supporting an inclusive pro-growth agenda remained important to the country's progress.

"As such, the President and we are disbanding the Forum. Job creation and supporting an inclusive pro-growth agenda remain vitally important to the progress of our country. As Americans, we are all united in our desire to see our country succeed," they said.

The Los Angeles Times said in a report: "The dissolution of the councils marks corporate America's strongest repudiation yet of Trump, who ascended to the White House touting himself as the first CEO president."

The Washington Post termed the development as a "major setback" to Trump's relationship with the American business community.

JP Morgan Chase chief executive Jamie Dimon, a member of the Strategy & Policy Forum, according to the daily, told employees in a note that his group decided to disband following Trump's news conference, in which he appeared to show sympathy for some of the people who marched alongside the neo-Nazis and white supremacists in Charlottesville.

"Constructive economic and regulatory policies are not enough and will not matter if we do not address the divisions in our country. It is a leader's role, in business or government, to bring people together, not tear them apart," Dimon wrote to his employees.

"Racism and murder are unequivocally reprehensible and are not morally equivalent to anything else that happened in Charlottesville," Campbell Soup CEO Denise Morrison said in a statement before he announced his resignation.

"I believe the president should have been — and still needs to be — unambiguous on that point," he added.

General Electric Chairman Jeff Immelt said, "The Committee I joined had the intention to foster policies that promote American manufacturing and growth. However, given the ongoing tone of the discussion, I no longer feel that this Council can accomplish these goals."

"The President's most recent statements equating those who are motivated by race-based hate with those who stand up against hatred is unacceptable and has changed our decision to participate in the White House Manufacturing Advisory Council," said Johnson & Johnson chief executive Alex Gorsky, who had previously said he would remain on the manufacturing council to have a voice at the table.