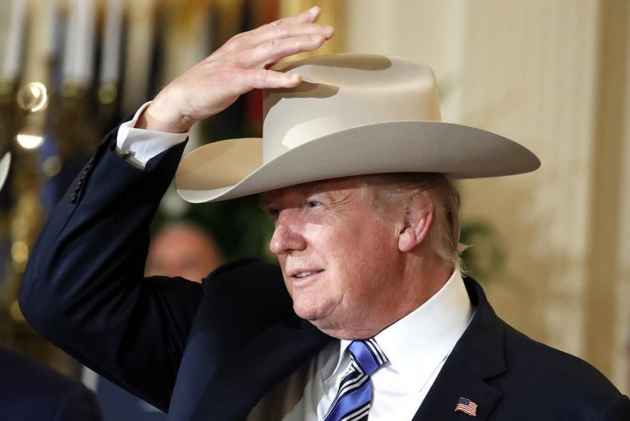 The Trump administration is considering using a little-used provision of US trade law to compel China to crack down on its unfair trade practices, American media reports have said.

The move, which could come in the next several days, signals a shift by the administration away from its emphasis on greater cooperation between Washington and Beijing, in part because administration officials have become frustrated by China's reluctance to confront North Korea over its nuclear and ballistic missile programs, The New York said.

Under the Trade Act of 1974 the US president is allowed to unilaterally impose tariffs or other trade restrictions to protect American industries from unfair trade practices of foreign countries or discriminatory actions that have an impact on its commerce.

Using such a provision, the daily said, would pave the way for the US to impose sanctions on Chinese exporters or to further restrict the transfer of advanced technology to Chinese firms or to US-China joint ventures.

According to the daily, American business frustration with Chinese trade and market-access practices has mounted in recent years, with US business groups urging the government to take a tougher trade line with China.

Many organisations have complained that the Trump administration hasn't pushed hard enough in areas like intellectual property, as it has focused more on Chinese manufacturing and China’s USD 347 billion trade surplus with the US last year, reported The Wall Street Journal.