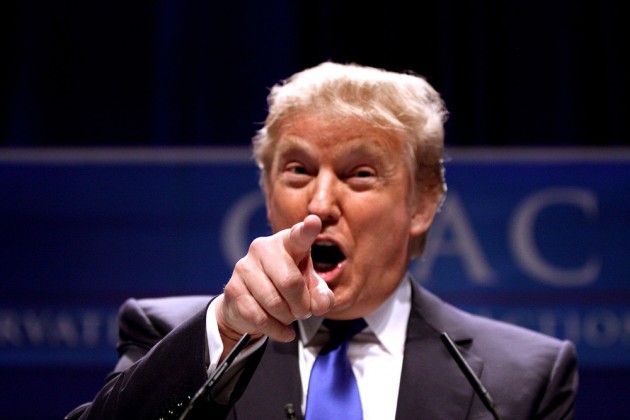 US President-elect Donald Trump today complained that a prominent television channel used his "worst" picture ever as the cover art for a new book about the 2016 Presidential election.

"CNN just released a book called 'Unprecedented' which explore the 2016 race & victory. Hope it does well but used worst cover photo of me," he tweeted.

The book "Unprecedented", which was released in December, was written during the election and is a chronicle of the President-elect's surprising win.

Written by a CNN writer, the news channel describes the book as a deeply reported account on the fight for the presidency between Trump — "a blustery billionaire and reality TV star with no military or government experience, no respect for the rules of politics and no fear of offending people" — and former Secretary of State Hillary Clinton, The People's magazine reported.

There are actually two versions of the book's cover — an "Inaugural edition" featuring a stern-looking Trump and another version that contains a collage of different photos from the election, including a large picture of Trump speaking at a podium. It's unclear which cover photo the 70-year-old President-elect was referencing as being "the worst".

This isn't the first time the President-elect has criticised the media for using "bad" photos of him.

In November, Politico reported that during an off- the-record meeting with members of the media, Trump complained to NBC News President Deborah Turness that the network wouldn't run a "nice" picture of him and instead chose one that made him look like he had a double-chin.