True Religion Cannot Be the Basis of Hatred: PM 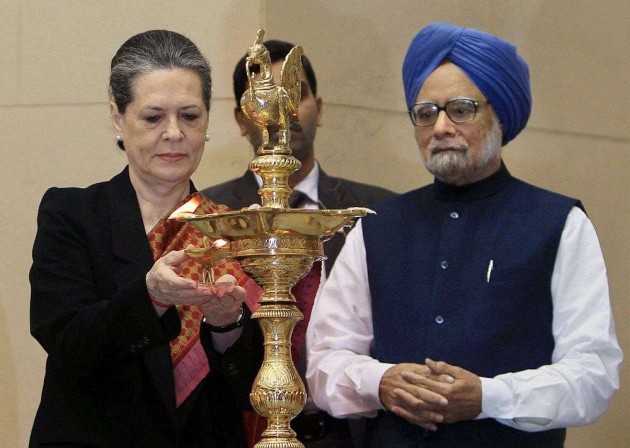 Invoking the legacy of Swami Vivekananda, Prime Minister Manmohan Singh and UPA chairperson Sonia Gandhi today asked the people to battle religious fanaticism and asserted that true religion cannot be the basis of hatred and division, in comments seen as a veiled attack on BJP and Narendra Modi.

"His truly great message for us which is of great relevance to our country and our sub-continent, was that true religion and true religiosity cannot be the basis of hatred and division but of mutual respect and tolerance for faiths and beliefs of all." Singh said while paying tribute to the memory of Swami Vivekananda on his 150th birth anniversary here.

Singh said he has been personally inspired by Swami Vivekananda's syncretic views that "All who have actually attained any real religious experience never wrangle over the form in which different religions are expressed. They know that the soul of all religions is the same and so they have no quarrel with anybody just because he or she does not speak in the same tongue."

In her address at the commemoration function, Gandhi hailed the relevance of Vivekananda's teachings especially for the youth, and said the nation should not fail them in fulfilling the aspirations of the young to be educated, governed and employed better.

"Swamiji's words are all the more weighty today as religious fanaticism of all hues threatens the peace of many nations and our region.

"His ideas must be taken into the hearts and minds of our new generation of young Indians who will and must battle against fanaticism," UPA chairperson said.

BJP and its Prime Ministerial candidate Modi have come under consistent attack by the Congress which has dubbed their politics as "sectarian", "communal" and "divisive".

Without mentioning the name of Modi, who has been appealing to the youth in Swami Vivekananda's name in the run-up to Lok Sabha polls, both said his teachings laid stress on communal peace and harmony.

"It is no use celebrating Swamiji's life, paying our respects to his ideas and teachings and honouring his memory if we do not imbibe the values that he advocate," the Prime Minister stressed.

Recalling Vivekananda's famous address at the World Parliament of Religions at Chicago in 1893, he said, "Swami Vivekananda said sectarianism, bigotry and fanaticism have long possessed this beautiful earth. They have filled the earth with violence, drenched it often with human blood, destroyed civilisation and sent whole nations to disrepair."

"Had it not been for these horrible demons, human society would be far more advanced than it is now," he said.

Gandhi's presence at Vivekananda's birth anniversary celebrations to woo the younger generation also assumes significance as Congress has accused BJP of attempting to usurp his legacy.

She said the Swami's teachings tell us not to fall prey to narrow mindedness and selfish motives and invoked the young profile of India to reach out to the youth for whom, she maintained, the teachings of Vivekananda are relevant.

"All over the world populations are ageing. But the profile of our nation remains young. India of the 21st century is a known society with a young population. A population with high expectations and aspirations.