Tripura Has Sarkar, But no Governance: Giriraj Singh 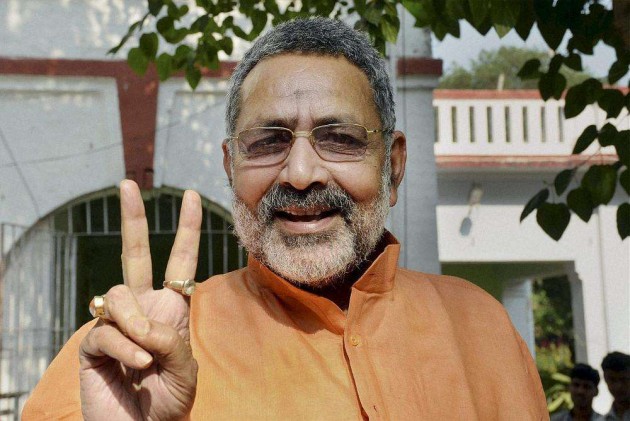 Print
A
A
A
increase text size
Outlook February 06, 2016 20:48 IST Tripura Has Sarkar, But no Governance: Giriraj Singh

He also slammed Sarkar for not submitting data on crime against women in the state.

"Tripura Chief Minister Manik Sarkar may be known for his clean image and 'non-corrupt' tag, but he has failed miserably in providing good governance to the people," the Union Minister of State for Micro, Small and Medium Enterprises was quoted as saying, during his visit to the state, in a release.

BJP Tripura in-charge Sunil Deodhar, stating this in a release, said that Singh visited the 14-year-old tribal rape victim at G B hospital accompanied by BJP state president Biplab Deb who provided the victim's family financial assistance of Rs 50,000 from the party.

"The tribal girl was raped in the North Eastern state of Tripura. On that evening the girl was returning home with her brother when two accused Sudhir Debbarma and Athens Debbarma attacked them in Chachu Bazar area in Mohanpur. After locking the brother in one room, the accused tied the girl to a mobile tower and raped her," the release said.

"Shocked and ashamed by the incidence, the victim duo consumed poison and tried to commit suicide. They were later admitted in the government hospital and the girl is still critical.

"The accused are absconding and the police or the government is not keen in tracing the accused who are booked under Protection of Children from Sexual Offences (POCSO) Act," Deodhar alleged.

He said the Chief Minister can fly all the away to Hyderabad to show solidarity towards students in the Rohit Vemula case.

"But, he or none of his colleagues in the government and party had time to do the same towards the little rape victim and her family," he regretted.

Even leaders of local political parties like INPT and IPFT, who claim to be protagonists of tribals, have not taken cognisance of this incidence, he alleged.

"Ironically, this is not the first incidence of such crime in Tripura. The Chief Minister and the government are hiding facts about rising crimes in the state.

"During winter session of the Parliament, Haribhai Chaudhary, MoS Home Affairs, had revealed that Tripura was the only state that had not submitted any data on crimes against women," Deodhar added.