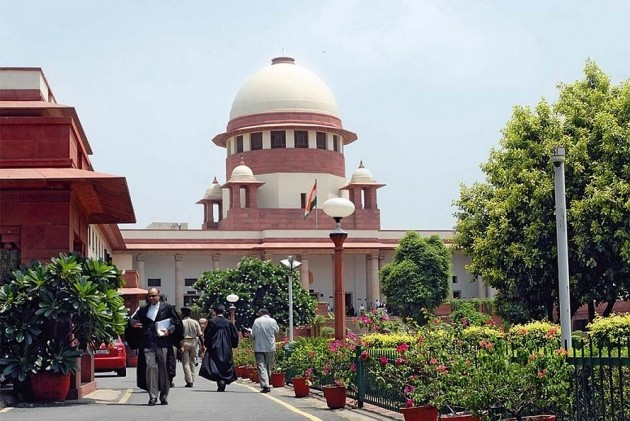 Print
A
A
A
increase text size
Outlook May 12, 2017 13:47 IST 'Triple Talaq' is Worst Form of Marriage Dissolution,Observes Supreme Court

The Supreme Court today said the practice of triple talaq was the "worst" and "not desirable" form of dissolution of marriages among Muslims, even though there were schools of thought which termed it as "legal".

There are "school of thoughts (which) say that triple talaq is legal, but it is the worst and not desirable form for dissolution of marriages among Muslims," a five-judge constitution bench, headed by Chief Justice J S Khehar, said on the second day of continued hearing on the matter.

The observation came when former Union Minister and senior advocate Salman Khurshid, who is assisting the court in his personal capacity, told the bench that it is not an issue where judicial scrutiny is required and moreover women have the right to say 'no' to triple talaq by stipulating a condition to this effect in 'nikahnama' (marriage contract).

The court asked Khurshid to prepare a list of Islamic and non-Islamic countries where triple talaq has been banned.

The bench was then informed that countries like Pakistan, Afghanistan, Morocco and Saudi Arabia do not allow triple talaq as a form to dissolve marriages.

Senior advocate Ram Jethmalani, appearing for one of the victims, was blunt in his arguments and assailed the practice of triple talaq various constitutional grounds including the Right to Equality.

"The right of triple talaq is available only to the husband and not to the wife and it breaches the Article 14 (Right to Equality) of the Constitution," Jethmalani said.

"There is no saving grace for this method of granting divorce. One-sided termination of marriage is abhorrent, and hence, avoidable," he said.

"Triple talaq makes a distinction on the ground of sex and this method is abhorrent to the tenets of holy Quran and no amount of advocacy can or will save this sinful, repugnant practice which is contrary to the constitutional provisions," he added.

No law can allow a wife to become an ex-wife "at the fancy of the husband" and it is "the highest kind unconstitutional behaviour", Jethmalani said.

The high profile hearing on a batch of petitions challenging the constitutional validity of triple talaq will continue after the lunch break.