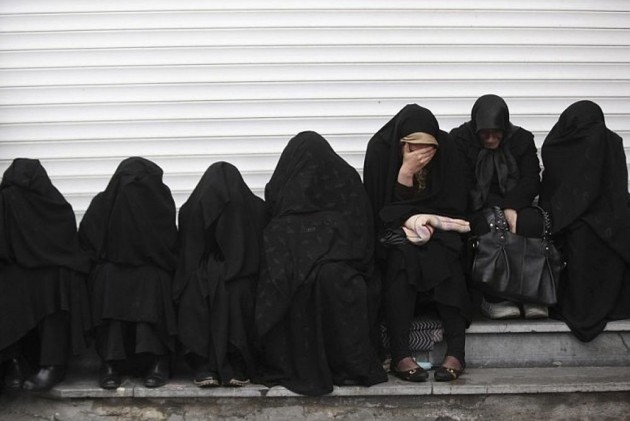 Observing that the judicial conscience is "disturbed", the Allahabad High Court has held that triple talaq is "cruel" and raised a question whether the Muslim Personal law could be amended to alleviate the sufferings of Muslim women.

Coming down heavily on the practice, the court has held that this form of "instant divorce" is "most demeaning" which "impedes and drags India from becoming a nation".

"The question which disturbs the court is - should Muslim wives suffer this tyranny for all times? Should their personal law remain so cruel towards these unfortunate wives? Whether the personal law can be amended suitably to alleviate their sufferings? The judicial conscience is disturbed at this monstrosity", a single judge bench of Justice Suneet Kumar said in a judgement passed last month.

"Muslim law, as applied in India, has taken a course contrary to the spirit of what the Prophet or the Holy Quran laid down and the same misconception vitiates the law dealing with the wife's right to divorce", he said.

"The purpose of law in a modern, secular state.... Is to bring about social change. The Muslim community comprise a large percentage of Indian population, therefore, a large section of citizens, in particular women, cannot be left to be governed by archaic customs and social practice under the garb of personal law purportedly having divine sanction", the court observed.

"India is a nation in the making, geographical boundaries alone do not define a nation. It is to be adjudged, amongst others, on the parameter of overall human development and how the society treats its women; leaving such a large population to the whims and fancies of a personal law which perpetuates gender inequality and is regressive, is not in the interest of the society and the country. It impedes and drags India from becoming a nation", the court remarked.

The court observed that "divorce is permissible in Islam only in case of extreme emergency. When all efforts for effecting a reconciliation have failed, the parties may proceed to a dissolution of marriage by Talaq or by Khola".

"The whole Quran expressly forbids a man to seek pretexts for divorcing his wife, so long as she remains faithful and obedient to him", the court said in an order dated November 5.

"The Islamic law gives to the man primarily the faculty of dissolving the marriage, if the wife, by her indocility or her bad character, renders the married life unhappy; but in the absence of serious reasons, no man can justify a divorce, either in the eye of religion or the law", the court said.

Read also: Why Did Allahabad HC Have To Restate Triple Talaq Unconstitutional?

The court made the observations while dismissing the petition of Hina, a 23-year-old woman, and her husband who was 30 years her senior and had married her "after effecting triple talaq to his wife".

The couple hailing from Bulandshahr district in western Uttar Pradesh had moved the court seeking a direction to the police and Hina's mother that they stop harassing the petitioners and their safety and security be ensured.

The court, however, made it clear that it was not disputing the contention of the petitioner's counsel that the couple "are adults and are at liberty to choose their own partner" and they "cannot be deprived of their right to life and personal liberty" as per the fundamental rights enshrined in the Constitution.

"Nor difference in age is an issue", the court said, adding, "What is disturbing is that the instrument of instant divorce (triple talaq) has been used for ulterior purpose (by the man) for divorcing his wife....First petitioner (the woman) left her family and joined the company of the second petitioner and consequently the second petitioner decided to get rid of his first wife".

"The question which disturbs the court is - should Muslim wives suffer this tyranny for all times? Should their personal law remain so cruel towards these unfortunate wives? Whether the personal law can be amended suitably to alleviate their sufferings? The judicial conscience is disturbed at this monstrosity", the court noted with concern.

"Women cannot remain at the mercy of the patriarchal set up held under the clutches of sundry clerics having their own interpretation of the holy Quran. Personal laws, of any community, cannot claim supremacy over the rights granted to the individuals by the Constitution", the court held.

Stating that it would "not like to say anything further for the reason that the Supreme Court is seized of the matter", the court added, while dismissing the petition, that "the legality of the marriage/divorce and rights of parties is kept open".