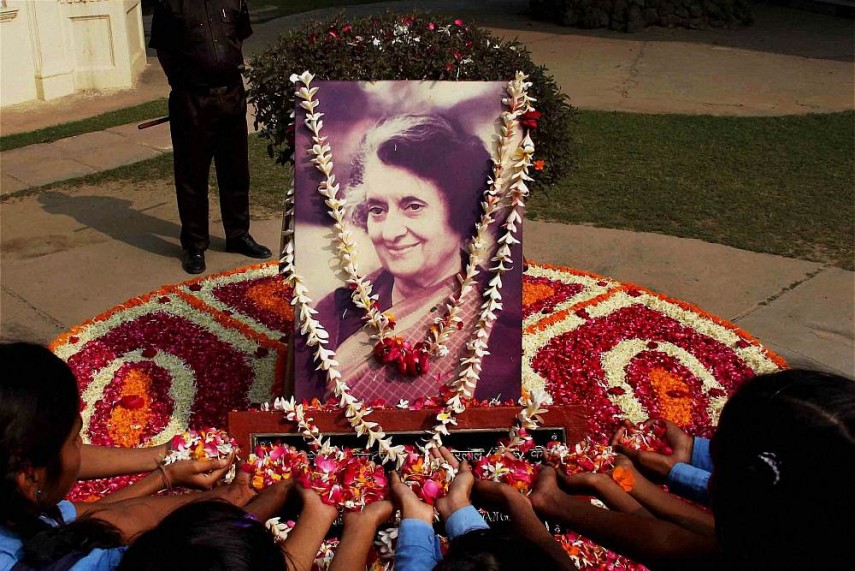 Mukherjee and Ansari paid floral tributes while Modi, in a tweet, said, "Tributes to Mrs. Indira Gandhi on her death anniversary."

Rahul Gandhi led a march from 24 Akbar Road to 1 Safdarjung road, where his grandmother was assassinated.

Former prime minister Manmohan Singh was also present at the Indira Memorial, where the Congress Vice President paid tributes to her along with party President Sonia Gandhi and other senior leaders.

The dignitaries attended a prayer meeting on the occasion during which no one from the Union government was present, senior leader Anand Sharma said.

Sharma also attacked the Narendra Modi government for "deliberately disrespecting" the memory and martyrdom of Indira Gandhi, describing her as the "tallest leader, and a popular Prime Minister who gave her life for India".

Leaders including Ghulam Nabi Azad, Sharma, Kumari Selja, Ahmed Patel and Randeep Surjewala covered the one-km-long distance from the Congress headquarters to the memorial with Rahul.

Earlier, the party had cancelled the annual commemoration programme at Shakti Sthal as it continues to remain shut after reporting a number of duck deaths amid the bird flu scare in the city.

Gandhi, the then Prime Minister, was assassinated on this day in 1984 by two of her own security guards.