Train to Katra Stuck in Tunnel Due to Engine Failure 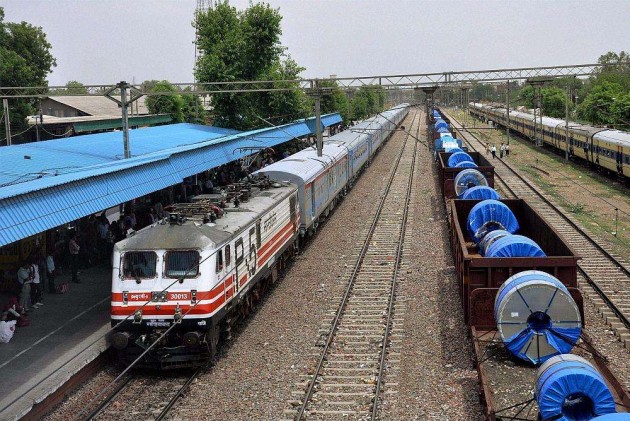 Print
A
A
A
increase text size
Outlook July 16, 2014 12:27 IST Train to Katra Stuck in Tunnel Due to Engine Failure

The newly-introduced direct train to Katra, the base camp of Vaishno Devi shrine in Jammu and Kashmir, was stuck in a tunnel for an hour this morning due to suspected wheel slip caused by heavy rains when it was about to reach the Katra Railway Station.

According to Northern Railway, the train got stalled in the tunnel between Udhampur-Katra section around 5 AM. The tunnel had full ventilation and lighting and there were no safety issues, it said.

A spokesperson said prime facie the cause seems to be wheel slip as there were reports of very heavy rains in the area.

"A relief banker engine was sent from Udhampur which pushed the train up to Katra, observing all precautions. The train got delayed by 105 minutes due to this," he said.

Earlier, railway authorities suspected that the train was stuck due to "engine failure".

The fully air-conditioned super fast train Shri Shakti Express from New Delhi to Katra was on its second run when the incident took place about five kms before the station.

The train was launched a day earlier from New Delhi.

Meanwhile, Northern Railway has ordered an inquiry into the incident.

A three-member team of officers from Ferozpur Division will inquire into the incident and report at the earliest, the spokesperson said.

Divisional Railway Manager (DRM) of Ferozepur Division, under which the rail network in Jammu and Kashmir falls, N C Goyal told PTI in Chandigarh that the train had reached Katra at 7 AM against the scheduled arrival time of 5.10 AM.

Since Katra is a new station from where train services were launched by Prime Minister Narendra Modi recently, another engine was rushed from Udhampur.

Continue FREE with Ads Pay Rs. 1 to Read Without Ads
READ MORE IN:
National
Next Story : Russia Has Not Done Much to De-Escalate Ukrainian Conflict: US
Download the Outlook ​Magazines App. Six magazines, wherever you go! Play Store and App Store