Tomorrow's Floor-Test Expected To Be A Smooth Affair For Parrikar 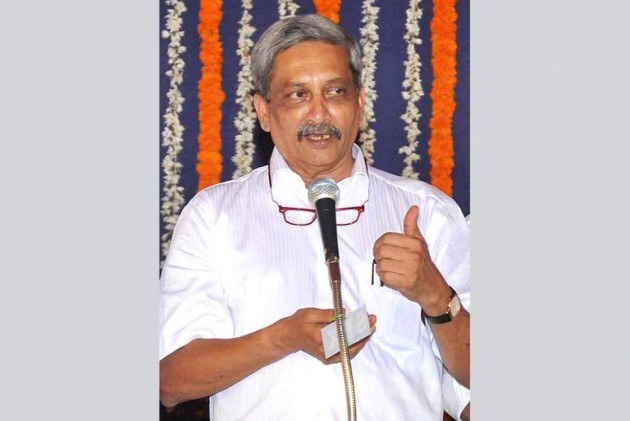 Print
A
A
A
increase text size
Outlook March 15, 2017 15:09 IST Tomorrow's Floor-Test Expected To Be A Smooth Affair For Parrikar

The floor test for the BJP-led government in Goa, headed by Manohar Parrikar, is expected to be a smooth affair as the combine is confident of the numbers at its command.

Parrikar, who was sworn-in along with nine ministers last evening, has the support of 22 legislators, two more than the halfway mark of 20 in the 40-member Assembly.

The 61-year-old IITian, who stepped down as Defence Minister and made a 'home-coming' as the Goa Chief Minister for the fourth time, is confident of proving the majority on the support given to him by his alliance partners – Goa Forward Party (GFP), Maharashtravadi Gomantak Party (MGP) and Independents.

Parrikar, whose party has 13 MLAs, had staked claim to form the government on Sunday mustering the support of the GFP and MGP besides two Independents, which together took the tally of the combine to 21.

Another Independent MLA had extended his support to the coalition yesterday, raising its number to 22.

As per the Supreme Court direction, the floor test of the Goa Assembly will be held tomorrow.

After being sworn-in as the Chief Minister, Parrikar exuded confidence that his government would be stable and run the full five year term.

"Let everyone be very clear that this government will last for its full tenure," he said.

"I agree the mandate is fractured. But if every fraction of the fractured mandate comes together, we will become 22. This is bringing together post-election coalition and the lead has been taken by regional parties, not me," he said.

The Congress, which emerged as the single largest party in the state polls, had alleged that Governor Mridula Sinha did not give the party a chance to form the government.

Meanwhile, Parrikar today took office and held a series of meetings with bureaucrats to prepare for the state budget.

"The Chief Minister has begun work already. First thing he did today after assuming the office was to call a meeting of the officials to discuss budget. He would be busy in meetings throughout the day," an official close to Parrikar told PTI.

Parrikar was sworn-in last evening along with his two party MLAs – Francis D'Souza and Pandurang Madkaikar.

Among the allies who took oath along with Parrikar were Ramakrishna alias Sudin Dhavalikar and Manohar Asgaonkar (both MGP), Vijai Sardesai, Jayesh Salgaoncar and Vinod Palyekar (all GFP), and Independents Rohan Khaunte and Govind Gawade.

Yesterday, the numbers in favour of Parrikar swelled to 22 after Independent legislator Prasad Gaonkar from Sanguem constituency lent his support to the BJP-led alliance.

NCP MLA Churchill Alemao, who had initially assured support to the coalition government, has not yet given his letter to Parrikar.

Ahead of the floor test tomorrow, the Congress, on the other hand refused to comment on their strategy asking people to "wait and watch."

"You wait and watch. I will not comment anything right now," Congress Legislature Party Leader Chandrakant Kavlekar told PTI.

Led by Kavlekar, all the 17 party MLAs had called upon the Governor yesterday seeking an invitation to the Congress to form the government, but failed to get any assurance from her.