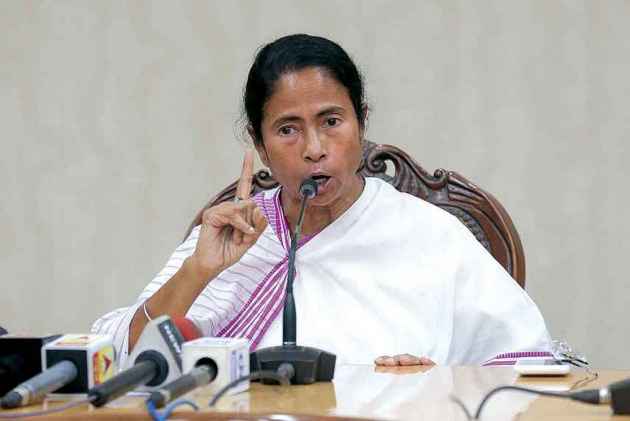 Trinamool Congress supremo Mamata Banerjee today gave 'Oust BJP from India' call and said Bengal would stand by all political parties which would fight the saffron one.

Asserting that the BJP has "failed on all fronts," including on having good relations with foreign countries, Banerjee announced that her party will launch the 'Oust BJP' programme from August 9.

"We will oust BJP from India. It is our challenge. The Centre is trying to browbeat us with Sarada, Narada cases but we are not afraid of it. None of us is guilty. We will not bow our heads," she told a massive rally here.

"This platform will expand in future to defeat BJP which thinks that it will have a cakewalk in the 2019 Lok Sabha poll. Things will not be that easy (for BJP)," she said.

Expressing her party's support to those who will fight the BJP, she said "Bengal will stand beside Sonia Gandhi, Lalu Prasad, Nitish Kumar, Arvind Kejriwal and all those who will oppose BJP."

"India's relations with foreign countries have deteriorated under the BJP-led government at the Centre," she alleged adding, "Why can't it improve relations with Nepal, Bhutan, Bangladesh which have borders with Bengal?"

She also accused the Centre of unleashing central agencies like CBI and ED against those who had opposed demonetisation and GST roll-out in haste.