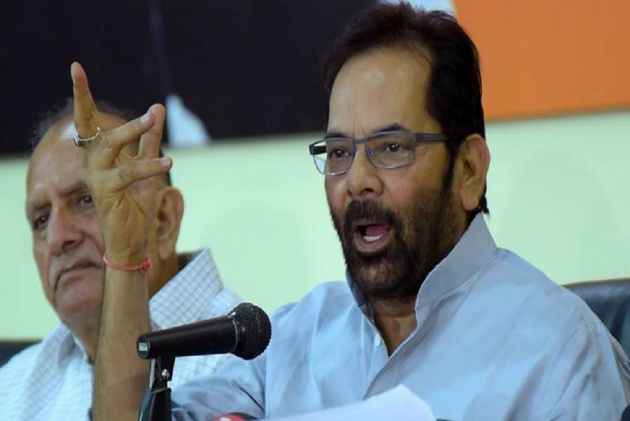 The Bharatiya Janata Party (BJP) on Wednesday tore into the Trinamool Congress over the law and order situation in the state, accusing the Chief Minister Mamata Banerjee-led government of supporting the anti-social elements which are brewing unrest in the state.

Union Minister Mukhtar Abbas Naqvi demanded an urgent solution to the problem, ensuring the safety of the people of the state.

Echoing similar sentiments, another BJP leader Sudesh Verma warned Banerjee and averred that violence should not be used to settle political scores.

'We have come to know that TMC goons have attacked BJP offices in West Bengal. We would like to warn Mamata Banerjee that violence should not be used as a means to settle political scores. Violence ultimately doesn't pay and by using such tactics you cannot stop the rise of BJP in West Bengal," said Verma.

The violence between two in the district started day before yesterday over the post following which a young man was arrested.

Meanwhile, the Ministry of Home Affairs has sought a report from the West Bengal government on the same. (ANI)