Those Who Want To Leave SP, Should Go Without Giving Any Excuse: Akhilesh Yadav 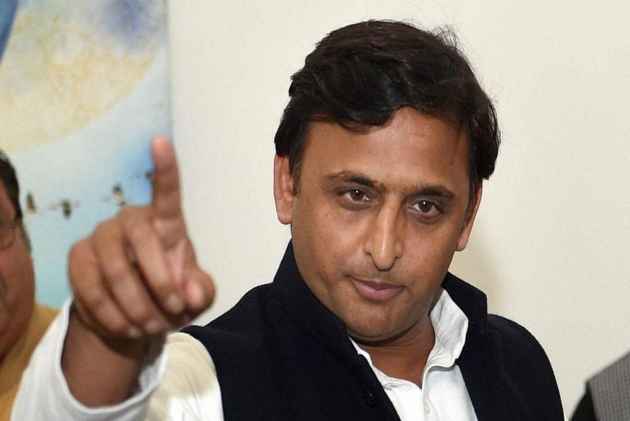 Print
A
A
A
increase text size
Outlook August 07, 2017 19:05 IST Those Who Want To Leave SP, Should Go Without Giving Any Excuse: Akhilesh Yadav

In the backdrop of three MLCs recently quitting the party and joining the BJP, Samajwadi Party (SP) chief Akhilesh Yadav on Monday said those who wanted to go, should go without offering any excuse, so that he could ascertain who were with him in "bad times".

Referring to the "excuses" put forward by the three MLCs -- Bukkal Nawab, Sarojini Agarwal and Yashwant Singh -- while leaving the party, Yadav said, "Some people are saying they were feeling suffocated as the atmosphere of the party had gone bad. This should not be an excuse for leaving the party, they should find a better excuse."

Asserting that the party was doing well and a large number of women, farmers and youths had joined it recently, he said, "Those who want to leave the party should not give any excuse...they can just leave. In that case, at least I will get to know who are with us during bad times."

The former Uttar Pradesh chief minister was addressing the party workers at the SP headquarters here on the occasion of Raksha Bandhan.

Yadav said he had paid a visit to Nawab on Eid and had 'sewai' (a sweet dish) with him.

"At that time, he (Nawab) had not mentioned that he was planning to leave the party. It has come to our notice that there was some land issue, due to which he was being pressured," he added.

In a dig at Nawab and the BJP, Yadav said, "They (BJP) are doing good work. It is ironic that when a person is not in the BJP, he is labelled as a land mafia and when he joins the party, he becomes honest, upright and a gentleman."

On Agarwal, who runs a medical college in Meerut in the name of SP patriarch Mulayam Singh Yadav, Yadav said he was not aware of what the matter was with her.

"There could be a land issue behind it as well," he added.

A number of women workers of the SP tied rakhi to Yadav on the occasion.