Those Wearing Saffron Scarves Have Got Licence to Beat Cops in UP, Says Akhilesh Yadav 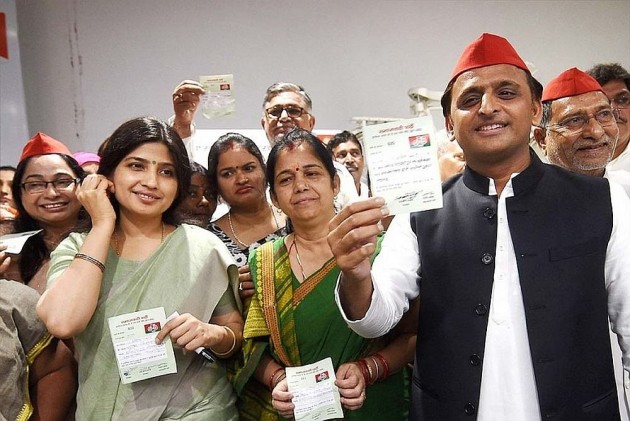 Print
A
A
A
increase text size
Outlook April 25, 2017 16:15 IST Those Wearing Saffron Scarves Have Got Licence to Beat Cops in UP, Says Akhilesh Yadav

The former chief minister's comments came in the backdrop of right-wing activists thrashing policemen in Agra and some other law and order related incidents.

"It is disheartening that those wearing saffron scarves have got the licence to beat up policemen and attack police stations. In Kannauj policemen were beaten up, in Agra clashes took place with police, in Allahabad four persons of a family were killed," he said.

Yadav's own government had faced much media criticism and opposition fire over the law and order issue in the state. The BJP had turned it into a major poll plank.

In a kind of role-reversal as he referred to the murder of a middle-aged couple and their two young daughters in Allahabad district to target the present dispensation.

"The Badaun incident of alleged rape and murder of two sisters during our regime was raked up by media and all political parties raised a hue and cry over it. But does the Allahabad incident not need any attention?" he asked.

Referring to an incident in Saharanpur, where clashes and stone pelting took place between two communities over the taking out of a procession, Yadav said that a Samajwadi party delegation had prepared its report on the happenings.

The SP chief said he would share information with the media about the report tomorrow.

Asked to comment on bail granted to rape-accused Gayatri Prajapati who was a minister in his government, Akhilesh said, "It's good that he got bail. Please tell me if there is anything wrong in it."

On his dream project, Lucknow-Agra expressway, which is under scrutiny of the present government, Akhilesh said if they (BJP) has any problem, they can float new tenders for the expressway which is to be constructed further.