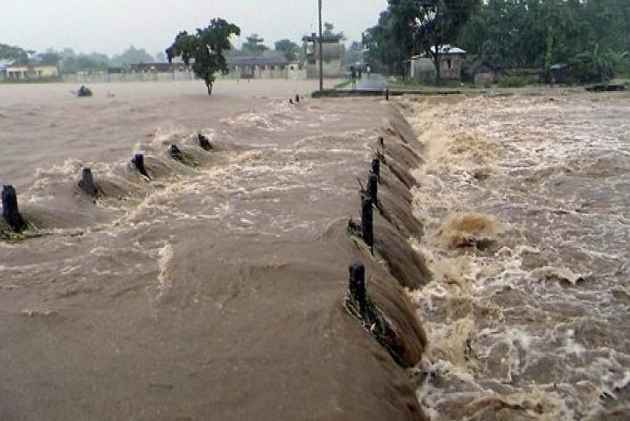 It was a providential escape for 62-year-old Tapati Chowdhury who kept herself afloat for 13 hours in the turbulent Damodar river in flood-hit Burdwan district, till she was rescued 80 km away.

A resident of Kalibazar in East Burdwan district, Chowdhury, an Anganwadi worker, had gone to see the swollen Damodar river out of curiosity on Saturday evening.

But she accidentally fell into the river and was swept away within a moment. Despite her cries for help, nobody was around to rescue her.

The entire night she put up a brave fight to remain afloat and on Sunday morning, her distress calls did not go in vain.

She was spotted by some fishermen who rescued her at 7.30 am yesterday. The elderly woman was conscious when she was rescued.

Chowdhury said, "I came to know that the place was Markunda ferry ghat of Mundeswari river at Pursurah in Hooghly district. They told me it was 80 km from the spot from where I fell into the river."

She was taken to a hospital and released after treatment.

Talking to reporters at her home, Chowdhury who was yet to recover from the trauma, said that she could not believe how she escaped from the jaws of death.