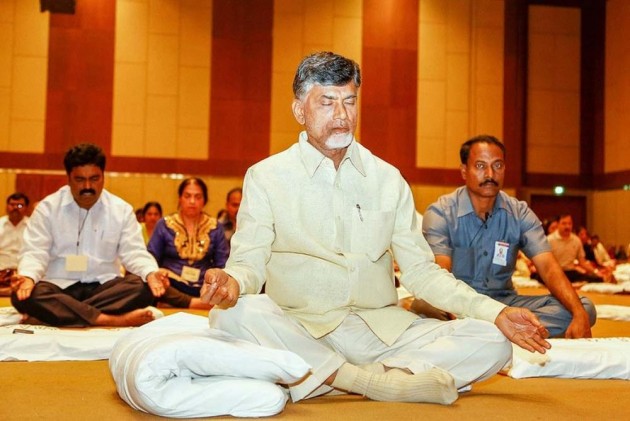 His fresh demand came in the light of a hawala racket that was busted by the Visakhapatnam police today.

"A staggering Rs 1,379 crore was sent out using the hawala route. I once asked the RBI -- after the demonetisation -- to send more money to AP. The RBI Deputy Governor told me money was 'coming to AP but don't know where it's going'. Now, we know where the money is going," the Chief Minister said, referring to the hawala racket.

"So many fake companies were created for these transactions. Some nondescript persons have done all this. Who is the role model for them," Chandrababu asked, indirectly taking a dig at YSR Congress president Y S Jaganmohan Reddy.

"These people are tarnishing the image of AP. Who knows how many such rackets exist (in the state) and who is the role model for them? We have to deal with them in a tough manner and protect the state's image," the Chief Minister remarked.

Attacking the YSRC president, the TDP supremo said the former extended support to the NDA in the ensuing presidential election only because "he has no other option".

"We (TDP and BJP) are coalition partners. Why did he (Jagan) go and meet the Prime Minister (Narendra Modi)? He announced support to the NDA in the presidential election as he has no other option," Chandrababu said.

In November last year, the Narendra Modi-led government had introduced the Rs 2,000 and Rs 500 notes after announcing the demonetisation of Rs 1,000 and Rs 500 currency notes.