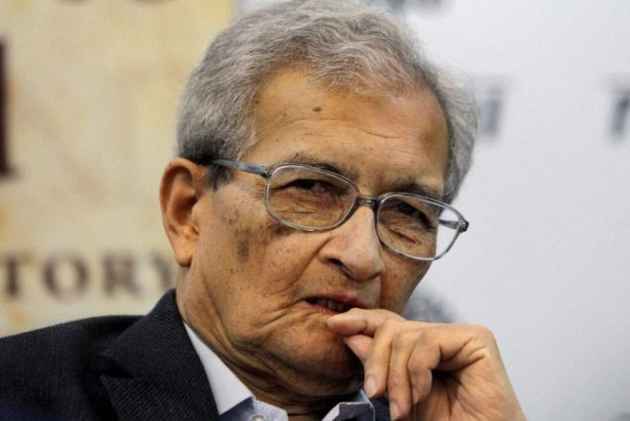 The censor board has formally issued a notice to Suman Ghosh, the director of a documentary on Amartya Sen, saying the film will get a 'U' certification provided he agrees to six cuts.

The CBFC ordered Ghosh to bleep phrases such as "cow", "Hindu India", "Hindutva view of India" and "Gujarat" from the documentary, "The Argumentative Indian".

Now, a top CBFC regional office source, not wishing to be named, said, "We had issued the notice to Ghosh yesterday recommending six phrases of the documentary to be muted. We sent it online. Now it is up to him. He can even move the review committee if he wants."

However, Ghosh has maintained that he is going to fight the decision of the Central Board of Film Certification (CBFC).

"I only came to know from the media today that they sent a formal notice. I'm yet to get the CBFC notice in writing, I'll check. But my stand will remain the same. You can't take out certain phrases from a speech and conversation with Amartya Sen in a documentary. I'll decide on the next course of action soon," the director told PTI.

"Yes, they had verbally asked me for muting six parts (both words and phrases) 'Gujarat', 'in India', 'Hindu', 'cow', 'these days' and 'Hindutva' after the July 11 screening but I reiterate what I said. I can't," Ghosh said.

The director can seek a hearing from the revising committee of the board or approach the Film Certification Appellate Tribunal (FCAT).

If the matter still remains unsolved, the filmmaker can approach the court as a final resort.