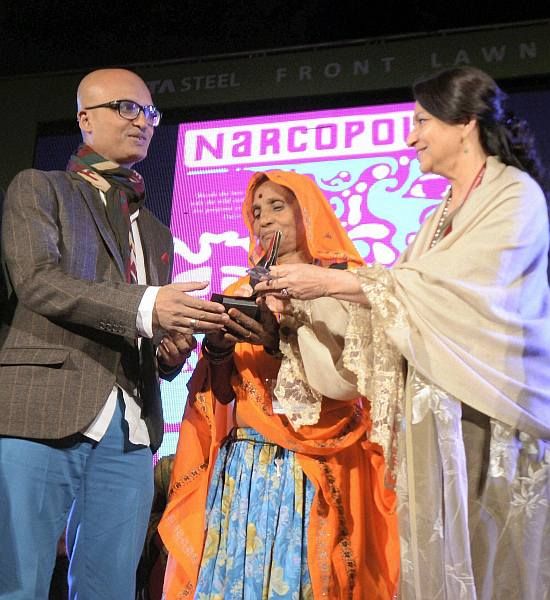 Kerala-born writer Jeet Thayil was today named the winner of the prestigious DSC Prize for South Asian Literature for his debut novel Narcopolis but Muslim groups slammed his selection saying it was done to "provoke" their sentiments.

Thayil, who was at the centre of a controversy last year for reading excerpts from "The Satanic Verses" after Salman Rushdie's visit to the Jaipur Literature Festival was cancelled, is the first Indian to win the prize.

The award carrying a prize money of USD 50,000 was given to Thayil for his novel which has a Mumbai setting and deals with the lesser known aspects of drugs and its effects.

The author who first made his mark as a poet said it was natural for him to choose the topic for Narcopolis as he had lived the life.

"It was the story that I know very well. I have lived that life in Mumbai and I always that thought it was the chronicle of a life that was never been documented in fiction and I thought it would be a worthwhile story to be told," he said after receiving the award from actor Sharmila Tagore and dedicating it to Pakistani author Jamil Ahmad.

"I dedicate this award to Jamil Ahmad with whom I became friends," Thayil, son of Padma Bhushan T J S George, said.

Muslim groups, however, are not happy over his selection.

He said it was not immediately decided whether the organisation would stage a protest or not. "We will take a collective decision tomorrow."

The other books in the running were Ahmad's The Wandering Falcon, Mohammed Hanif's Our Lady of Alice Bhatt, Bangladeshi author Tahmima Anam's The Good Muslim, Amitav Ghosh's River of Smoke and Uday Prakash's The Walls of Delhi.

Thayil, a performance poet, song writer and guitarist, was given the Sahitya Akademi award last year for his poetry collection These Errors are Correct. Narcopolis was also nominated for the 2012 Man Booker Prize.