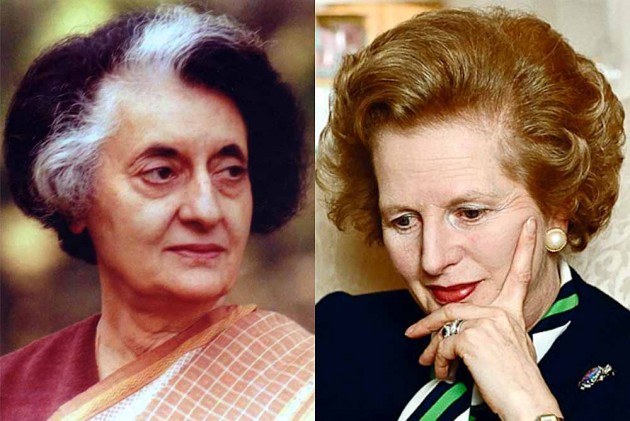 Jagjit Singh Chauhan, the founder of the Khalistan movement, had moved to Britain in 1971 to carry on his campaign for an independent Sikh state in India.

He is believed to be the chief instigator behind the assassination of the former Indian Prime Minister on October 31, 1984, predicting months before in a BBC interview her death at the hands of her Sikh bodyguard that she and her family would be "beheaded" as a revenge for 'Operation Blue Star', the raid on Golden Temple to flush out terrorists.

Her private secretary Charles Powell wrote to the UK Home Office: "She (Thatcher) does not see how Chauhan can evade the charge of inciting to violence simply by saying he is not doing so... The Prime Minister is of the view that the Law Officers might with advantage study the papers once more."

"The Indians formally requested the deportation of Chauhan on 4 March 1976 on the grounds of anti-Indian activities... We could not comply with the request because it ran counter to British law and policies towards Commonwealth citizens," Sir Geoffrey Howe, foreign secretary in Thatcher's Cabinet, wrote in apparent explanation over her concerns of Chauhan's continued presence in the UK.

"In theory, Chauhan could also be excluded or deported at the discretion of the Home Secretary... But this action could only be taken if, amongst other factors, there was concrete evidence that he had engaged in very serious criminal activities," he added.

Chauhan had received an official warning that his outbursts must remain within the bounds of the law but the UK government failed to take legal action due to lack of any "concrete evidence".

The documents released today include a personal intervention by Thatcher to demand that the BBC be wary of giving Chauhan unrestricted air-time.

"The Home Office has already had occasion to draw to your attention the Government's concern about the platform which the BBC has provided for a small minority of Sikh extremists in this country," she wrote to then BBC director-general Stuart Young in the lead up to Gandhi's funeral in New Delhi.

"We now have specific advice from our High Commissioner that this is not only damaging our relations with India, but endangering the security of British citizens in India, and more specifically the threat to Her Royal Highness The Princess Anne and others going to Delhi for Mrs Gandhi's funeral," she wrote.

Young responded curtly as being "fully aware of its responsibilities in the most difficult and delicate situation which exists in the wake of Mrs Gandhi's assassination".

Many of the documents made public are letters from Sir Robert Wade-Gery, the British High Commissioner in India during the period, to Thatcher's office in the aftermath of the assassination, warning of Chauhan posing a threat to her son Rajiv Gandhi.

"If this happens while we are still tolerating Chauhan, the effect on all our interests here could be catastrophic. Lives and property could be lost as well as contracts and influence," he warned in a letter dated November, 1984.

In earlier documents, it has been revealed that Thatcher had backed Gandhi over Operation Blue Star in June, 1984.

"These have been anxious weeks for you, involving difficult decisions. I have followed closely your efforts to restore calm there, and I very much hope that the 'healing touch' for which you have called will open the way to a peaceful and prosperous future in that troubled region," Thatcher wrote to Gandhi on June 30, 1984.