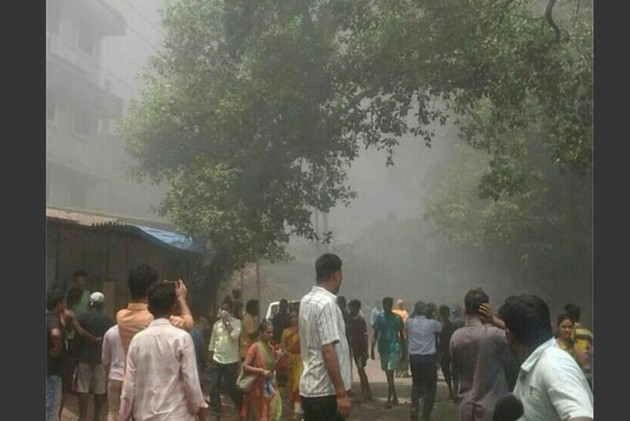 The death toll in the boiler blast in a factory at Dombivli in adjoining Thane district climbed to 12 with recovery of another body from the debris today, an NDRF official said.

"The toll till yesterday was 11. We have reports that civilians found a body at the site this morning," a senior National Disaster Response Force official told PTI.

"Six bodies were recovered day before yesterday and four found yesterday. Also, an injured died in hospital, taking the toll to 11 till yesterday," the official said.

The rescue work is as good as over, he said.

Charges of culpable homicide not amounting to murder have been slapped on owners of the factory.

"We have sought help from the factory inspector and other departments to determine the exact cause of the blast and fire," a police officials said.

On Thursday, Dombivli was shaken by a deafening blast which occurred in a boiler in the Probace chemical factory at Shivaji Udyog Nagar of MIDC phase-II area in Dombivli (East).

The impact of the blast followed by a massive fire resulted in heavy damage to two neighbouring factories in the MIDC complex.

The explosion impact saw damage to more than 600 houses, offices, shops in the two kms vicinity.

In some homes, locked doors flew off hinges, all glass items, fittings, TV sets, crockery, vehicle glasses and even spectacles worn by people were blown to sharp shreds.

Chief Minister Devendra Fadnavis, who visited the site on Thursday, has ordered a probe into the tragedy.

Industry Minister Subhash Desai ordered a week-long shutdown of all chemical factories in and around the city to facilitate a thorough safety and security audit.

Police and district officials have started a survey of all the homes, shops, commercial complexes, vehicles and other public and private assets which were hit by the blast.