Terrorism in the Name of Faith is Act of High Treason: Pak Cleric 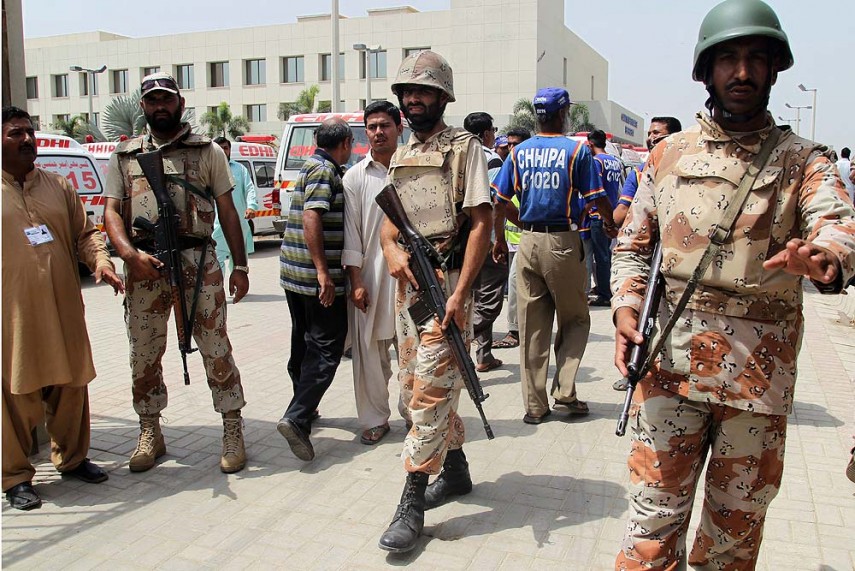 Print
A
A
A
increase text size
Outlook March 20, 2016 12:59 IST Terrorism in the Name of Faith is Act of High Treason: Pak Cleric

Use of religion to drive terrorism should be considered an act of "high treason" and India and Pakistan must act tough to check radicalisation and spread of extremism, said a powerful Pakistani cleric, whose massive protest in Islamabad a-year-and-half ago had shaken the Nawaz Sharif dispensation.

Muhammad Tahir-ul-Qadri said India and Pakistan should introduce counter-radicalisation curriculum in schools, colleges, universities, madrasas and religious institutions to shield youths from being brainwashed into taking up arms and doing evil things in the name of religion.

"Wherever terrorism is promoted in the name of faith and religion should be considered an act of high treason," he said.

The cleric said terror outfits exploiting religion to spread terrorism must be dealt with very strongly and that they should not be forgiven at all.

"This is a criminal act. If Jaish (Jaish-e-Mohammed), if Lashkar (Lashkar-e-Taiba), if Al Qaeda, ISIS or if there is any Hindu outfit using religion in order to perform terrorism, then very strong action should be taken," the 65-year-old cleric, who has a strong support base in Pakistan, said.

Identifying terrorism as the biggest threat facing India and Pakistan, he said the time has come to effectively deal with terrorists as well as those who spread mischief and violence in the name of religion.

"Wherever terrorism exists, wherever are the roots, whatever are the groups, everybody knows about it. Both India and Pakistan should take common action. Unless terrorism is uprooted, the region will be deprived of development," Qadri told PTI.

Strongly pitching for a dialogue between India and Pakistan, Qadri said both the countries must decide whether they want to continue nearly seven decades of hostility or would prefer a path of peace, economic growth and development.

"This is not the way to live. Both countries should realise that about 70 years have passed. They should decide whether to live like enemies forever or they will become friendly neighbours. If they decide this basic point, then only a new chapter of good relations can start," he said.

The cleric said dealing with radicalisation of youth was key to ending terrorism and extremism.

Asked about India being a victim of terror originating in Pakistan, he did not give a direct reply but said terrorism is enemy of mankind and both countries must agree that it is their common foe.

"I am always hopeful and I pray for betterment in the relationship between India and Pakistan. But both countries need to do more. Whatever is going on, I do not think, this is sufficient to remove the misunderstandings and hostilities," he said.

On how to deal with radicalisation, he said specific curriculum should be introduced in schools, colleges, universities, madrasas and religious institutions.

"We need to introduce peace, counter-terrorism and deradicalisation as subjects so that the youth may understand that extremist views, to be extreme to others is something which is not acceptable by our religion," he said.