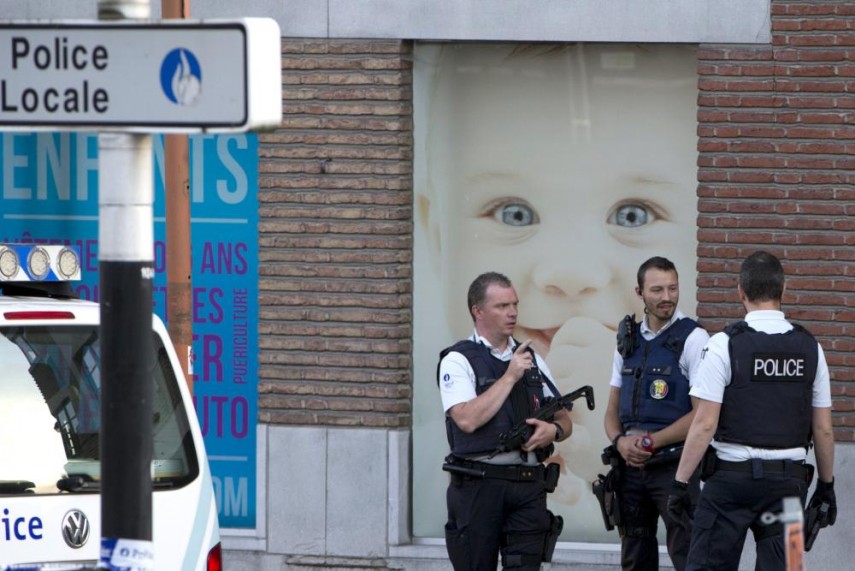 Belgium today opened a terrorism probe into a machete assault that wounded two policewomen, in what appeared to be the latest in a string of jihadist attacks in Europe.

"We have been informed by federal prosecutors that an investigation has started for attempted terrorist murder... given certain elements (in the case)," Prime Minister Charles Michel told reporters.

Michel, who saluted the courage of the police victims, was referring to the attacker's cry of "Allahu Akbar" (God is greatest) during the assault in front of a police station.

No information was given about the identity of the attacker, who had been shot and killed by police, at the press conference in Brussels which followed a meeting of Belgium's security services.

Yesterday afternoon's attack outside the main police station in the city of Charleroi, around 60 kilometres south of Brussels, left one of the policewomen with "deep wounds to the face" while the other was slightly injured, Belga news agency said.

Charleroi police said the attacker was killed while the two victims were out of danger.

Police spokesman David Quinaux told broadcaster RTL-TVI the assailant had "taken a machete out of a sports bag he was carrying and dealt very violent blows to the faces of the two policewomen."

Belgium has been on high alert since suicide bombers struck Brussels airport and a metro station near the European Union's institutions on March 22, killing 32 people.

Those attacks were claimed by the Islamic State (IS) jihadist group, which controls large areas of territory in Iraq and Syria and has claimed numerous terror strikes in Europe over the last year.

Belgium's unit for terror threat analysis coordination said it would keep the alert level unchanged at level three on a scale of four, meaning an attack is viewed as "possible and likely."

With regard to attacks specifically on police the unit maintained a level two threat requiring "particular vigilance."

Michel meanwhile saluted "the exceptional courage of the policewomen who suffered this serious attack" and "did what they had to and doubtless thereby prevented an even greater tragedy.

"We maintain cool heads and blood," added the premier, who said unspecified measures would be taken to bolster security for police while noting that Belgium was confronting a similar threat to that faced by its European neighbours.