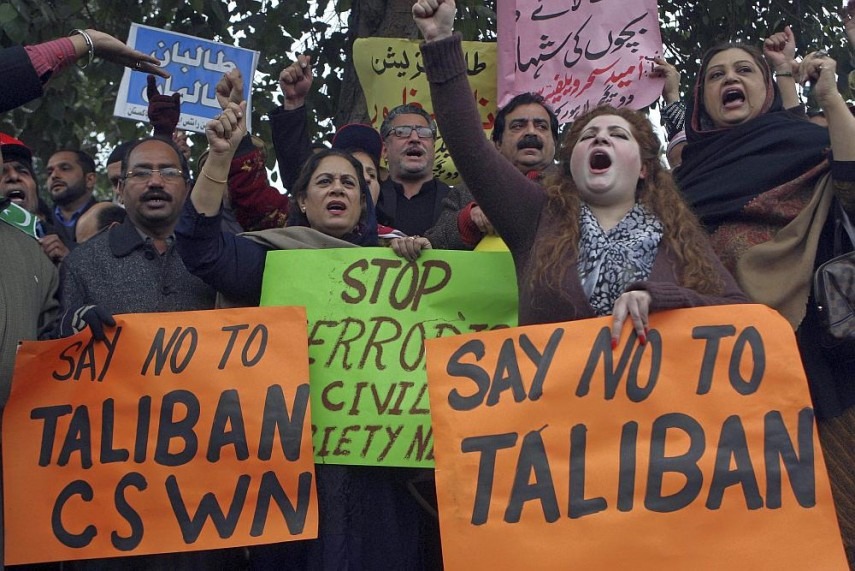 Accusing Pakistan of "nurturing" terrorism, India has told the United Nations Human Rights Council (UNHCR) in Geneva, Switzerland, that Islamabad continues to sponsor terrorism and warned that this will ultimately affect the stability of the South Asian region.

Exercising its second right of reply (RoR) to a Pakistani statement, India said Pakistan has for years, "with complete impunity, channelised billions of dollars from international aid, to training, financing and supporting terrorist groups as militant proxies against it neighbours.

"We demand that Pakistan lives up to its public commitment to refrain from supporting and sponsoring terrorism against India," India told the UNHCR.

Criticizing Pakistan for making references about internal matters pertaining to the Indian side of Jammu and Kashmir, the Indian delegation highlighted that there were about 450 ceasefire violations committed by Pakistan in 2016, and added that the number of terrorists killed in Jammu and Kashmir had increased by 50 percent in 2016 in comparison to figures of 2015.

"Internationally proscribed terrorist entities and their leaders continue to thrive in Pakistan with state support, even raising funds openly in flagrant violation of its international obligations," claimed Alok Jha, Counsellor at the Indian mission in Geneva.

"We would like to iterate that India is not the only victim of Pakistan's preaching, practicing, encouraging and nurturing terrorism. The deleterious impact of Pakistan's irresponsible and short-sighted approach of terrorism as state policy has started showing in other countries of South Asia and beyond. Internationally proscribed terrorist entities and their leaders continue to thrive in Pakistan with state support, even raising funds openly in flagrant violation of Pakistan's international obligations," Jha said.

Welcoming the initiative by the U.S. Congress to introduce a bill to declare Pakistan a state sponsor of terrorism, Jha said, "Countering terrorism emanating from Pakistan, which has turned out to be the most acute violator of human rights, and shutting down the country's 'terror factories', is the only way to achieve peace in South Asia."

On June 7, India had at the 35th session of the UNHCR highlighted Pakistan's role in supporting terrorism in Kashmir and called upon the global body to adopt a policy of zero tolerance towards terrorism.

In the first RoR, India raised the issue of Balochistan, stating that Pakistan "has systematically abused and violated the human rights of its own citizens, including in Balochistan, as well as of the people of Pakistan-occupied Kashmir".(ANI)