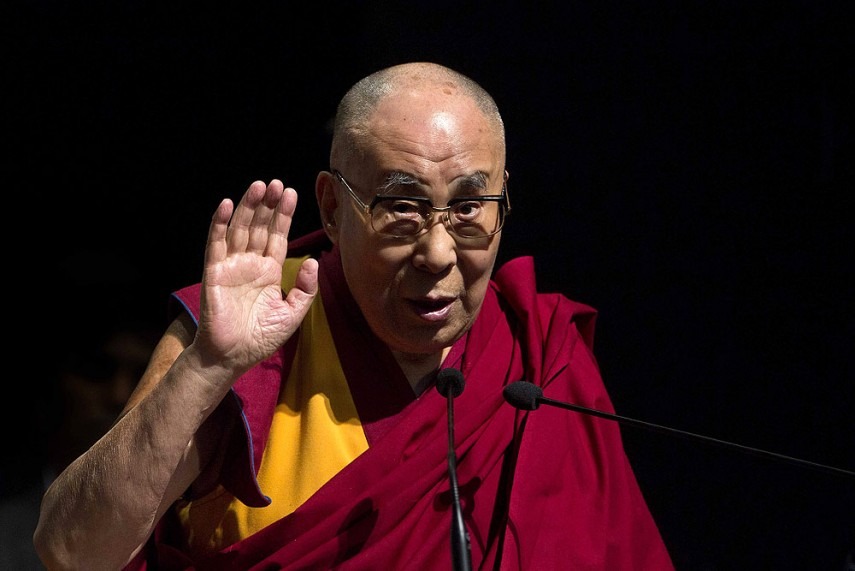 China said today that it has lodged protests with India both in Beijing and New Delhi over the Dalai Lama's visit to Arunachal Pradesh and accused it of "fuelling tensions" by allowing the Tibetan spiritual leader in the "disputed areas".

Asked whether Beijing views India's permission to the 81-year-old Dalai Lama to visit Arunachal Pradesh as amounting to questioning the 'One China' policy, Hua said, "I want to re-emphasise that on issues concerning China's major concern and core interests, territorial and sovereignty, China's position is consistent."

"By inviting and approving (the) Dalai Lama to (visit) disputed areas between China and India, India has damaged our interests and the India-China relationship and it has fuelled tensions," she said

"We oppose the visit to relevant areas and oppose attempts by relevant countries to arrange a platform for (the) Dalai (Lama) to conduct anti-China activities. We urge relevant country to stop such erroneous actions and stop undermining Chinese interests," she said.

Asked about assertions in the Chinese media that India's move was aimed at pressuring Beijing over the issues relating to China blocking India's Nuclear Suppliers Group (NSG) membership bid, Hua said, "China will not make any assumptions on India's intentions."

She said the Dalai Lama's visit has caused damage to India-China relations.

"We hope the two sides can continue to follow principle of mutual respect for each other's core interests and major concerns and we should do more things that can strengthen mutual political trust and promote the overall interests of China-India relations," she said.

On India's NSG bid, Hua said this issue should be resolved by all the 48 members of the group.

"We should achieve a solution that applies indiscriminately to all non-Nuclear Non-Proliferation Treaty countries through consultation and discussion," she said.

Meanwhile, the official media here said that China should not hesitate to answer "blows with blows" if India chooses to play dirty by allowing the Dalai Lama to visit Arunachal Pradesh.

Two English newspapers -- China Daily and Global Times -- launched a scathing attack on India after Minister of State for Home Affairs Kiren Rijiju said that Arunachal Pradesh -- which China claims as part of Southern Tibet -- is "an inseparable part of India".

Taking exception to Rijiju's remarks, the papers said India is using the Dalai Lama as a "diplomatic tool" against China for its "vice like veto" against India's membership in the NSG and the UN ban on Jaish-e-Mohammed chief Masood Azhar.

"New Delhi not only allowed the 14th Dalai Lama to visit Southern Tibet, a historical Chinese territory India has illicitly occupied and refers to as 'Arunachal Pradesh', but the spiritual leader of 'Tibetan independence' was also escorted on the trip by India's junior minister of home affairs," the state-run China Daily said in its editorial.

"To Beijing, that is a double affront," it said.

"Rijiju might think himself cute in borrowing a line from Beijing's diplomatic representations, but he has ignored the fundamental distinction here: Like Taiwan and any other part of China, Tibet is a part of the Chinese territory no matter whether New Delhi agrees or not," it said in the editorial.

"Southern Tibet, on the other hand, was stolen from China by his country's former colonial master taking advantage of China's internal strife. Should he have any questions regarding the status of Southern Tibet, Rijiju can consult the historical archives," it said.

"Neither the 'McMahon Line', by which New Delhi justifies its actual control of Southern Tibet nor the present-day 'Arunachal Pradesh' has Beijing's endorsement. In other words, Indian occupation of the area is legally untenable. Using it as leverage, therefore, is not just unethical, it is outright illicit," the editorial said.

Despite the historical dispute, the China-India border area has by and large remained peaceful recently, particularly since Beijing and New Delhi began to get serious about border talks, it said.

"If New Delhi chooses to play dirty, however, Beijing should not hesitate to answer blows with blows," the paper said.

The aggressive editorials came after China yesterday lodged a protest over the Tibetan spiritual leader's visit to the area.

The Dalai Lama is currently on a nine-day visit to Arunachal Pradesh.

In its editorial, the ruling CPC-run Global Times criticised Rijiju for accompanying the Dalai Lama during his visit to the state.

"The Dalai Lama has been to the disputed region before, but what makes this trip different is that he is received and accompanied by India's Junior Home Minister Kiren Rijiju. When China raised the concern over the visit, Rijiju commented that China shouldn't intervene in their 'internal affairs'," it said.

"New Delhi probably overestimates its leverage in the bilateral ties with China. The two countries in recent years have continuously strived to improve their relationship and the peace on the border area has been maintained," it said.

"India has benefited from the good momentum of bilateral relationship as much as China. If New Delhi ruins the Sino- India ties and the two countries turn into open rivals, can India afford the consequence?," the tabloid, known for striking aggressive nationalistic postures, said.