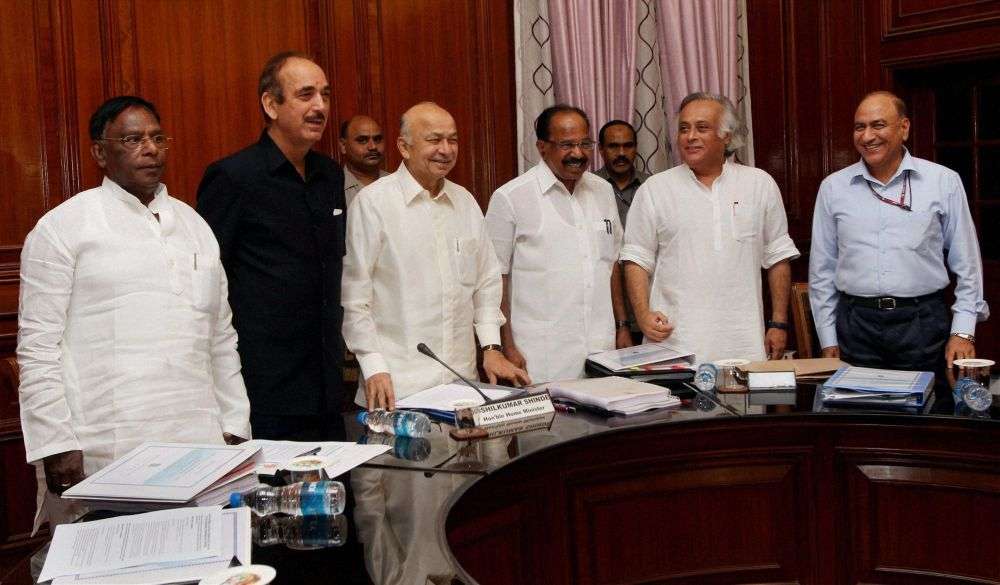 The GoM, set up to look into the bifurcation of Andhra Pradesh, has completed the process of discussions with various stake holders and will submit its report to the Union Cabinet as early as possible to pave way for tabling Telangana Bill in Winter Session of Parliament.

"We have completed the process of discussions with others. Now the GoM members will meet to discuss among themselves to finalise the report to be submitted to the Cabinet as soon as possible," Home Minister Sushilkumar Shinde said today.

After a series of meetings between the GoM and Union Ministers from Andhra Pradesh and Chief Minister N Kiran Kumar Reddy, Shinde told reporters that the Telangana Bill will be tabled in the Winter Session of Parliament.

The Group of Ministers, headed by Shinde, will meet again on November 21 and is likely to send the report to the Union Cabinet for consideration by this month end.

Sources said following an instruction from Congress high command, the GoM has held a series of meetings with different stake holders, including eight political parties in the last ten days.

Meanwhile, Home Ministry officials have started compiling reports of different ministries which gave their opinion on distribution of assets and other issues between the new state and the residuary state of Andhra Pradesh.

Once the Cabinet clears the proposal, it will go to the President who in turn will refer it to Andhra Pradesh Assembly for approval. However, the Assembly resolution is not binding under the Constitution.

Government will then prepare Andhra Pradesh Reorganisation Bill and with Union Cabinet's approval, it will send it to the President before being tabled in Parliament.

The Winter Session of Parliament commences on December 5 and will conclude on December 20.