Tejpal's Resignation More Than What Journo Asked for: Tehelka 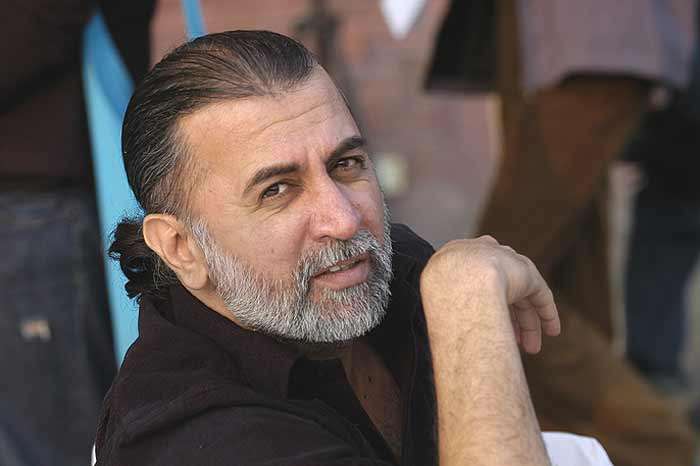 Print
A
A
A
increase text size
Outlook November 21, 2013 12:05 IST Tejpal's Resignation More Than What Journo Asked for: Tehelka

Goa government today ordered a probe into the alleged sexual assault by Tehelka Editor Tarun Tejpal on a woman journalist colleague as a major controversy erupted over the magazine's attempts to treat it as an internal matter.

Demands for a quick probe into the incident that happened in a lift in a five star hotel in Goa about 10 days ago mounted with journalist bodies asking for prosecution into the allegations of "grave sexual assault".

Goa Chief Minister Manohar Parrikar, who conferred with top police officials, ordered a preliminary probe after prima facie opinion that there seems to be substance in the letter written by the victim to her office.

The case was handed over to the Crime Branch of police which has got the footage of the Close Circuit Television in the hotel, DIG O P Mishra said. They have also sought the copy of the complaint filed by the girl from Tehelka.

Probably the incident took place in the lift, the Chief Minister said, adding the victim's letter indicates that there was an attempt to rape.

Tehelka's Managing Editor Shoma Chaudhury, to whom Tejpal last night wrote saying he was "recusing" from work for 6 months admitting to "bad lapse of judgement", and the magazine came under attack for maintaining that it was an internal issue.

Chaudhury said it was kept as an internal matter as it was the desire of the victim, who was satisfied with Tejpal's apology.

Speaking to the reporters, Chaudhury who is now the officiating editor said, "Please understand I want to address all questions that have been raised. Please give me a chance to do it in the correct fashion. I am not a fugitive. Tarun's not a fugitive. This institution is not a fugitive. There is a grievous incident that has happened. Please let us address it correctly. Tarun has stepped down. It is not something she had asked for. It is over and above that. If she (the victim) is disappointed by Tehelka's response, my primary duty is to her.  I know you want much more out of it. Right now my priority is her."

When asked about this case being a criminal one, she retaliated by saying, "It is not a case sir, unless you know more than  I do. The aggrieved party sent me a complaint. She wanted some internal action to be taken. That internal action was taken. I understand you want more out of it. To my understanding, these letters were leaked. It was an internal matter by her own desire."

"Surely if you all are feeling more aggrieved than the journalist herself, I cannot answer that," she added.

She said, "I need the time to prioritise it. Getting her to feel correct is the first priority. Addressing my office is the second priority. The way these letters have leaked. I am not being able to act in a way and the measured way I would like to act."

Through the day she maintained that she needed time to "act correctly", she claimed the victim was satisfied with Tehelka's action.

Earlier in the day, the woman journalist had expressed her disappointment over the response by Tehelka.

According to reports on NDTV, the woman journalist said, "deeply disappointed" by Tehelka's response. "To claim that other journalists in Tehelka are satisfied is also false since my testimony has not been publicly circulated within Tehelka, only Tarun's letter of 'atonement' has."

The journalist said that the first assault took place on the night of 7th November 2013, the opening night of Tehelka’s recently-held 'Think' festival at Goa, only to be followed by the second assault the next night.

The journalist concluded her email with a request to her then managing editor to constitute an anti sexual harassment cell as per the Vishaka guidelines immediately.

The National Commission for Women said that it would want the victim to register a formal complaint with the police.

"From her emails that we have read, subject to its authentification, it seems to be more than depriving her of her modesty. It is a serious issue and there seems to be clear violation of Visakha guidelines.

"Though the girl has not approached us personally, she seems to be interested in getting justice. She should go ahead and file an FIR," member of the Commission, Nirmala Samant Prabhavalkar said today.

She said that NCW member in-charge of Goa, Shamina Shafiq has also written to the Justice Markandey Katju, Chairman of the Press Council of India requesting him to intervene and examine the matter that whether Visakha guidelines were followed in this matter or not.

They were critical of the statements made by Chaudhury who said it was not a police case which the organisation will deal with to the satisfaction of the victim.

A former top Delhi police official Kiran Bedi and noted lawyer Pinky Anand felt that it was clear case of crime and police can suo motu take cognisance of it.

Anand said Tejpal should be arrested and an FIR lodged against him. She said the victim cannot be forced to give a complaint and the police can suo motu take action.

Bedi said an act of crime has been committed and police should take suo motu action.

A woman activist Kavita Krishnan said Tehelka's response to the complaint by their woman employee "is inadequate and in fact shocking".

She said it was shocking because the complaint was specifically one of sexual harassment and that she has asked Tejpal's acknowledgement that he committed sexual harassment be publicly circulated to all the Tehelka employees and that has not happened.

"We need to tell Mr Tejpal that penance is no substitute for due process and penalty," she said.

Noted journalist N Ram said that the issue one of crime under the law of the land and law should take its course.

He said women's movement should take up the case of the victim and make a noise so that the issue is properly dealt with.

Another senior journalist Siddharth Varadarajan also said that the alleged incident was a violation of law and police should act accordingly.

The Editors Guild of India said the allegations of sexual assault made against Tehelka Editor "are on the face of it shocking and shameful" and demanded a complete probe and prosecution.

"Such incidents anywhere are condemnable in the strongest terms but the Guild is particularly saddened that they should engulf a media organisation. It is emphatically the philosophy of the Guild that the media that is in the business of holding public persons accountable should itself be held to the highest standards of conduct and decency," Guild President Ravi said in a statement.

The conduct that has been alleged would constitute grave sexual assault at the very least, also brings out vulnerability of young women journalists who need to be protected and free to pursue their careers without the fear of being subject to such assaults, he said.

"There ought not to be any attempt to cover up or play down this extremely serious incident. Self-proclaimed atonement and recusal for a period are hardly the remedies for what the allegations show to be outright criminality.

"The full force of the law must be brought into its investigation and prosecution. Due regard must be paid to the sensitivity and privacy of the victim who has already been put to grievous suffering," he said.

Late in the evening Tehelka constituted a "complaints committee" to probe the alleged sexual assault.

In a statement the magazine said:

In furtherance to Tehelka's acceptance of Tarun Tejpal's recusal from editorship of tehelka on November 20th, which followed the official unconditional apology he had mailed to the journalist concerned on November 19th, Tehelka has now constituted a formal complaints committee, in accordance to Vishaka guidelines, to be presided over by Urvashi Butalia, eminent feminist and publisher, to investigate the matter. The other members of the committee will be announced shortly.

In addition to this, Tehelka will ensure setting up a formal complaints committee, according to section 4 of the Sexual Harassment of Women (Prevention, Prohibition and Redressal Act, 2013), an institutional mechanism that was sorely missing in
Tehelka.