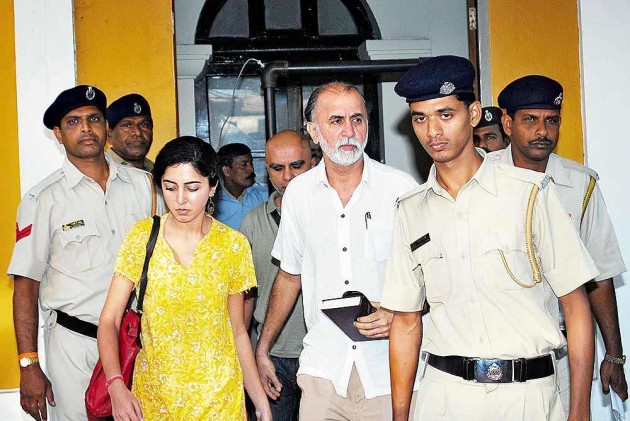 Tehelka founder editor Tarun Tejpal has approached the Supreme Court challenging a Goa session court order to proceed for arguments on charge against him in the alleged sexual assault case without providing him the necessary documents.

The petition has been listed for hearing tomorrow before a bench headed by Chief Justice H L Dattu.

The appeal, filed by advocate Sandeep Kapur, contended that the session court while passing the December 23, 2014, order was conscious of the "recklessness" shown by the prosecution to uphold statutory requirements that are obligatory to provide all necessary documents.

It also claimed that the prosecution had deviated from procedure and failed to appreciate that speedy trial was barely a facet of fair trial.

The petition alleged that the court has not reprimanded the prosecution for its "deliberate non-compliance, for deviating from the statutory mandates" to the detriment of the petitioner and his right to fair trial.

"That the petitioner has established a good prima facie case on merits and the balance of convenience tilts overwhelmingly in favour of the petitioner. The impugned orders have been passed by the trial court without consideration of the cardinal principle of law.

"Therefore, it is just, proper and expedient that the interim relief as prayed for may kindly be granted in favour of the petitioner. Grave and irreparable harm and injury would be caused to the petitioner, in case interim orders as prayed for, are not granted," the plea said. (More)

The Tehelka chief has sought stay of the operation of the December 23 order of last year passed by Additional Sessions Judge, Mapusa, Goa who will go ahead with arguments on framing of charges.

Tejpal has been chargesheeted for allegedly raping, sexually harassing and outraging the modesty of a junior colleague during an event at a Goa hotel in November last year.

He was arrested on November 30, 2013 and is presently out on interim bail.

He has been accused of sexually assaulting the victim on November 7 and repeating the offence the next day.