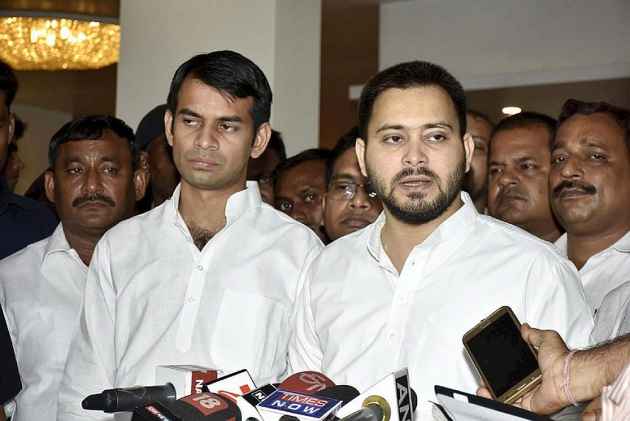 "My performance perturbed our ally and BJP. Vendetta against me exposes their viciousness", Tejashwi said in a tweet after the JD(U) returned to the NDA fold.

Nitish Kumar was sworn as the Chief Minister today, a day after he resigned dumping Lalu Prasad's RJD. Kumar joined hands with the opposition BJP today to reclaim his post.

"I entered in govt with a clean slate with a keen desire of writing a positive story for people of Bihar, only to find an opportunist rival," Tejashwi said in another tweet.

After the JD(U) and the BJP met Governor Keshari Nath Tripathi late last night and staked claim to form coalition government, Tejashwi had said the swearing-in of a new dispensation was a "pre-planned conspiracy".

"Past baggage, though unjustified, didn't perturb me when I was entrusted to carry the expectations of people's mandate, in the role of Dy CM", he said in another tweet today