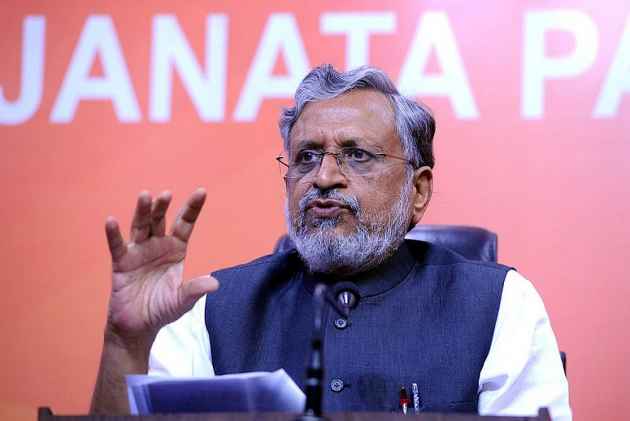 Modi alleged that Tejashwi, son of RJD supremo Lalu Prasad, has amassed 26 properties at the age of 26 without declaring his sources of income.

"Deputy Chief Minister Tejashwi Prasad Yadav has said that he has been implicated by CBI and other agencies. But he should tell people how he became the owner of 26 properties at the young age of 26 years? Tejashwi should tell people about his sources of income and how he acquired these properties," Modi told reporters on the sidelines of his weekly 'Janata Darbar' here.

He claimed that out of the 26 properties, 13 plots in Patna and Gopalganj were registered in the name of Tejashwi when he was a minor and between 2004-09, when his father was the railway minister.

"Tejashwi acquired the rest 13 properties through shell companies when he was around 24 years," he claimed, quipping, "He had full grown beard and moustache (by then)."

Tejashwi had said a few days ago that the allegations against him by the BJP referred to the time when he was just 14 years and did not even have moustache.

Tejashwi had not disowned the properties which were allegedly gifted to him when he was a minor, Modi said, adding, "Chief minister Nitish Kumar has set a benchmark in the fight against corruption. I am quite hopeful that he will not compromise on the issue. He will neither try to protect Tejashwi Yadav and will certainly act against him."

Modi, the leader of opposition in the legislative council, demanded that Tejashwi should resign or the chief minister sack him.

The CBI has lodged an FIR against Tejashwi for criminal conspiracy, cheating and criminal misconduct besides lodging a case under Prevention of Corruption Act, 1988, he said, while referring to JD(U)'s decision to ask him to explain the allegations point-wise in public.

In reply to a query whether he thought Kumar was waiting for a charge sheet to be filed against Tejashwi, Modi said that he did not say so, adding, "Rather there are ample evidence against Tejashwi."

"Perception is important in politics and so the chief minister should act against Tejashwi Yadav to protect his image and his government," he said.

On Tejashwi not resigning despite JD(U) asking him to come clean on corruption charges, the BJP leader said it was certainly disrespect and contempt of the authority and prerogative of a chief minister.