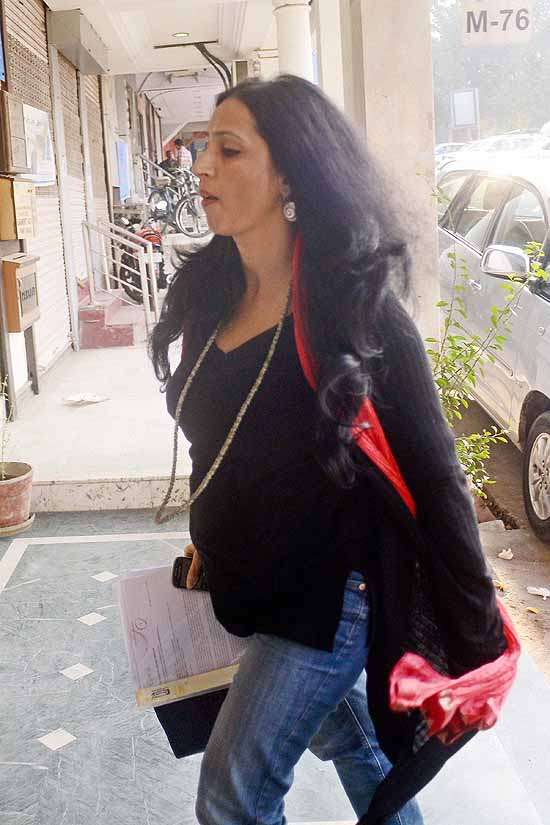 Shoma Chaudhury, accused of cover up in the Tehelka molestation case, today resigned as the managing editor of the weekly and deposed before the National Commission for Women, apologising for "lapses" in handling the alleged sexual assault on a young journalist by its editor Tarun Tejpal.

In her resignation letter to Tehelka journalists early in the morning, Chaudhury, a share holder in Tehelka and associated companies founded by Tejpal, said she decided to step down as she felt that repeated questions about her integrity will tarnish the image of the magazine.

Though she admitted that she could have handled the things "differently", 45-year-old Chaudhury rejected the allegations of a cover-up, saying "in no way could the first actions that were taken be deemed suppression of any kind".

Later, in her deposition before the NCW, Chaudhury gave a detailed account of the events that followed after the young journalist filed a complaint about the alleged sexual assault by Tejpal at Goa hotel earlier this month.

"The criticism that I did not act in a measured way or in a correct situational frame-work, I accept that and I have apologised for it. But I would also like to remind everybody that I had really a day and half to act on any of these before the media storm took over," she said.

Chaudhury said she "cooperated completely" with the NCW and told them "everything that they wanted to know".

"I think I have made procedural mistake but the fact that I have been constantly accused and questions have been raised about my integrity that I was trying to collude, cover up, hush up," she said.

After recording statement of Chaudhury, NCW said it will question the three colleagues of the young journalist with whom she had confided about the alleged sexual offence.

NCW member in-charge of Goa Shamina Shafiq said the Commission will seek all documents from Goa police relating to the sexual assault case against Tejpal.

She said Chaudhury apologised for failing to put in place a complaints committee under Visakha guidelines during deposition at the NCW.

Shafiq said the NCW has received a complaint from Chaudhury regarding her house being vandalised allegedly by some BJP workers following which police has been asked to file an FIR against the perpetrators. She said Delhi Police Commissioner B S Bassi has been asked to provide police protection to Chaudhury.

Explaining reasons of her stepping down, Chaudhury said, "I have worked hard for Tehelka for many years and what we have stood for is very dear to me and I hold it in high esteem. I do not want questions raised about my integrity to tarnish the image of Tehelka, which it has done in the past week."

Ramesh Sharma, who was a deputy editor at Tehelka, has been appointed as acting Executive Editor.

Initially, Chaudhury sought to portray the alleged sexual assault case as an internal matter and was more interested in getting an apology from Tejpal to the victim rather than reporting it to police because of the nature of the cognisable offence.

Later, she tried to set up an internal complaints committee with Urvashi Butalia, a friend of Tejpal, as its head to go into the issue.

The committee never took off and Butalia refused to be part of it. Meanwhile, a number of editors resigned from the magazine accusing Chaudhury of not doing justice to the victim and being interested only in protecting Tejpal.

In the resignation letter, Chaudhary said, "I cannot express how painful this is for me. It has never been a part of me to give up midway through a challenge. I would have liked to continue at Tehelka to see us through this dark time, but I am no longer sure whether my presence is harming or helping Tehelka.

"I deeply regret any inadequacies or lack of clarity I may have displayed in my leadership."

In the letter, Chaudhury, who was questioned by Goa Police last Saturday, rued that her integrity was questioned and said "things have been misconstrued and have snowballed exponentially in the media, based on half-facts and selective leaks.

"This has been a damaging time for all associated with Tehelka. Since the devastating allegation was first brought to my notice on 18th November, I have taken a series of actions in response to this complaint.

"To my mind, I acted on instant outrage and solidarity for our colleague as a woman and co-worker," she said adding the nature of the media debate on me has been "shrill".

Yesterday, the victim, a former journalist of Tehelka, who was allegedly sexually assaulted in a lift in a five-star hotel in Goa, had recorded her statement under Section 164 of CrPC before a local court in Goa.

The woman journalist resigned from Tehelka on Monday.

Meanwhile, tightening the screws, Goa police moved a court for issue of non-bailable arrest warrant against Tejpal after he failed to appear before the crime branch.

Read the full text of her resignation here.