Tehelka Case: Tejpal Insists It Was a 'Consensual Act' 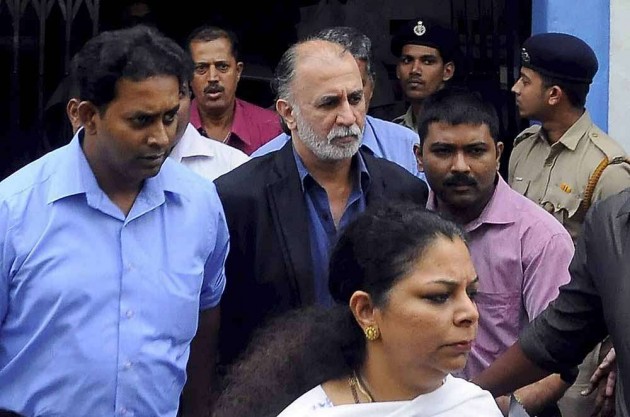 Print
A
A
A
increase text size
Outlook December 05, 2013 11:46 IST Tehelka Case: Tejpal Insists It Was a 'Consensual Act'

Tehelka Editor Tarun Tejpal, accused of sexual assaulting a woman journalist, is sticking to his version that whatever happened between the two was a "consensual act", a police officer said today.

"The investigation is heading in the right direction and we are interrogating Tejpal in detail...He is cooperating," a senior official, who is part of the Crime Branch team investigating the case, said.

The detailed statements of Tejpal are being recorded by a team led by Investigating Officer (IO) Sunita Sawant under the supervision of Deputy Superintendent of Police Sammy Tavares.

"...Tejpal has been maintaining that the act was consensual though he has not denied having indulged in the act," the officer said on the condition of anonymity.

He has corroborated what the young girl has stated in her complaint, except that the act was "forced upon the girl," and has so far stuck to his version that the act was consensual, the official said.

Tejpal, who has been in police custody since Saturday night, has been spending much of his time going around pathological labs at Goa Medical College and OPD of the Institute of Psychiatry and Human Behaviour (IPHB).

Tejpal will undergo third round of medical tests today.

"We hardly get time to interrogate him. The Goa Medical College has now called (him) for the third round of medical examination," an official said, adding that GMC has been conducting all the tests which are mandatory as per the procedure.

Tejpal spent the entire day at GMC on December 2, followed by Wednesday.

The interrogation of the accused began on Sunday at the Crime Branch. Meanwhile, a senior officer said the accused has confessed to writing an email to the woman journalist and also to the then Managing Editor of Tehelka, Shoma Chowdhury.

The investigators said they will seek extension of Tejpal's police custody when his six-day remand ends on Friday.

"The summons have been issued to Shoma and three witnesses. We have to question Tejpal based on the statement by them before the magistrate. We will ask for extension of his police custody," a senior official said.

Tejpal has been accused of sexually assaulting the woman journalist in an elevator at a starred hotel here during the ThinkFest event held earlier last month.

The girl has said that she was sexually assaulted twice by Tejpal.