Technology Should Be Used to Fight Poverty: Anand Kumar at MIT 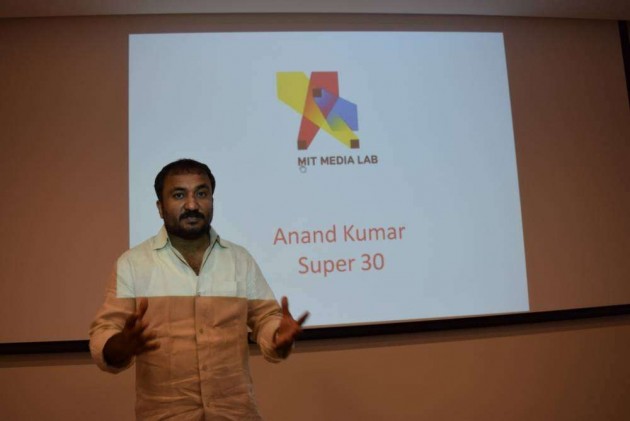 Print
A
A
A
increase text size
Outlook October 02, 2014 11:22 IST Technology Should Be Used to Fight Poverty: Anand Kumar at MIT

Technology should not become a tool in the hands of the elite and must be used as a weapon in the fight against illiteracy and poverty, the founder of the well-known Super 30 tutorial programme in Bihar has said.

Anand Kumar said in his address at the prestigious Massachusetts Institute of Technology (MIT) in the US that "technology should not just remain a tool to make big money. It should be made a big weapon in the fight against illiteracy so that even the poorest could get quality education, which a huge population of the world remains deprived of. This costs the world a lot of talent".

Kumar is the founder of Super 30, an educational programme that started in Patna. Established in 2002, the programme selects 30 meritorious and talented candidates each year from economically backward sections of society and trains them for the IIT-JEE, the entrance examination for the Indian Institutes of Technology.

Kumar was invited by MIT and Harvard University to speak on his globally-acclaimed effort to mentor underprivileged students for admission to the IITs.

Giving the examples of several Super 30 students who were first generation learners and from underprivileged backgrounds, Kumar exhorted the technological experts from world's top university to not let technology become a tool in the hands of the elite and the privileged, rather let it reach out to the needy in society.

"Time has come for the tech experts to move out of the labs to get a feel of world's pressing problems and find solutions. Problem across the globe is more or less the same - of poverty and deprivation," Kumar said.

"Spare a thought for those who don't even get electricity and clean water even in this advanced age. Technology should not create islands, but help develop inclusive society," he said, adding human dimension to science and technology would make the world a much better place.

Kumar said, war machines could win us wars, but could not give us peace and enlightenment - so important for happiness.

"Today, world wants technology to save humanity and give it dignity. And it requires cooperation from all sections. A beautiful world is what we all need - a world free from poverty and illiteracy, a world with true understanding and compassion," he asserted.

His address was followed by a long discussion in which people asked a number of questions.

Experiencing acute poverty in his student days, which prevented him from going to Cambridge University for higher education, Kumar made it a mission to help poor students realise their dreams.

308 students from Super 30 have made it to the IITs out of 360 who have been trained at the institute so far. The programme also provides food and accommodation free of cost.