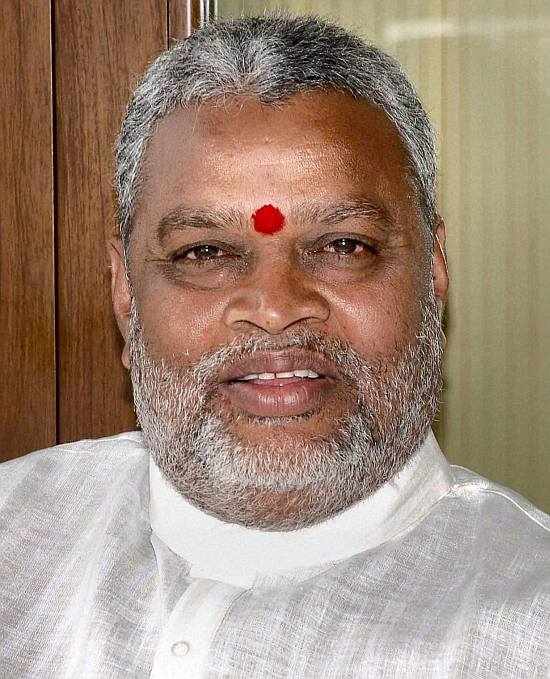 outlookindia.com
-0001-11-30T00:00:00+0553
Senior TDP leader and former Union Minister Kinjarapu Yerran Naidu, who was instrumental in building the party's ties with other national and regional parties, died today when his car collided with a lorry here.

The mishap occurred around 2 am near Ranasthalam in Srikakulam. He was rushed to a private hospital where doctors declared him dead on arrival.

TDP leaders expressed shock over his death. A pall of gloom descended on the TDP state headquarters N T R Bhavan in Hyderabad as senior leaders rushed in to pay floral tributes to the departed leader.

Naidu, who was camping in Mahbubnagar district as part of his 'Vastunna Meekosam' foot march, expressed grief over Yerran Naidu’s death and said it was a deep loss to the party.

Many other leaders of the party also broke down on learning about the death of their politburo member and senior colleague.

Having joined the Telugu Desam Party immediately after its formation in 1982, Yerran Naidu was elected to Andhra Pradesh Legislative Assembly for four times since 1983 and as many times to Lok Sabha since 1996.

He, however, lost the Lok Sabha election from Srikakulam in 2009.

The only other time he faced defeat in his 30-year-old political career was when he contested the Lok Sabha polls for the first time in 1991.

A qualified lawyer, Yerran Naidu served as Union Minister for Rural Development in the United Front government between 1996 and 1998. He was also Leader of Telugu Desam Parliamentary Party between 1998 and 2009.

Yerran Naidu became Telugu Desam's face in New Delhi as he built the party's ties with other national and regional parties.

Hailing from Nimmada village in Srikakulam district, the parliamentarian made a mark for himself in the political arena and grew in ranks.

As an MLA, he served on various House panels and was also the Government Chief Whip in 1995-96.

As an MP, he was on various parliamentary committees and also served as chairman of Committee on Railways.

Since 1999, he remained a permanent member of the TDP politburo and a key leader of the party.

Chandrababu relied on him for most party matters.

In 2004, the former Union Minister survived a bid on his life by the outlawed CPI (Maoists), who blew a landmine targeting his vehicle in Srikakulam district.

"I have learned with profound sorrow about the tragic demise of Yerran Naidu in a road accident. In his death, we have lost a distinguished Parliamentarian and political personality who made a valuable contribution to public life in Andhra Pradesh and India. My heart goes out in sympathy to the members of the bereaved family," the Prime Minister said.

His funeral will take place this afternoon in his village in Srikakulam.

Union Minister of State for Telecommunications and IT Killi Kruparani, who defeated Yerran Naidu in 2009 elections, visited his house and paid homage.

Recalling Naidu's services as an MLA, MP and Union Minister, Kishen Reddy said the death of TDP leader is a great loss to the state.

The 55-year-old former Union Minister will be cremated in his native village Nimmada tomorrow morning with full state honours.

In his condolence message, Gowda said Naidu was "a good friend, philosopher and guide" not only for him but also for all those leaders who toiled hard to build a party other than national parties.

"When I was the Prime Minister, he (Naidu) was in my cabinet and since those days I knew his calibre, organising capacity and commitment to principled politics," he said.

Expressing grief over the TDP leader's demise, Bihar Chief Minister Nitish Kumar said his death has caused an irreparable loss to the polity and society.

BJP leader M Venkaiah Naidu also condoled the death of the TDP leader and said his demise was a "great loss to the people of Andhra Pradesh and the non-Congress movement."

"Naidu was a dynamic and hardworking leader of the TDP. He was an able Minister and a good parliamentarian. He used to play active role in non-Congress movement as Leader of the TDP and while he was in Parliament he used to take everybody along in that movement," the BJP leader said.

He described him as a straight forward and hardworking politician.

Upon hearing about the leader's death, Venkaiah had rushed from Bengaluru to Srikakulam to pay his last tributes.

Condoling the demise Yerran Naidu, Vice-President Hamid Ansari said that he had a "long and illustrious" political career as a MP, MLA and Union Minister.

"In his passing away, the people of India, particularly of Andhra Pradesh, have lost a dedicated public servant who was deeply committed to their cause," he said.

"I convey my heartfelt condolences to the bereaved family, the Telugu Desam Party and the people of Andhra Pradesh on their loss. I pray to the Almighty to grant them strength and fortitude to bear this loss," the Vice-President said.