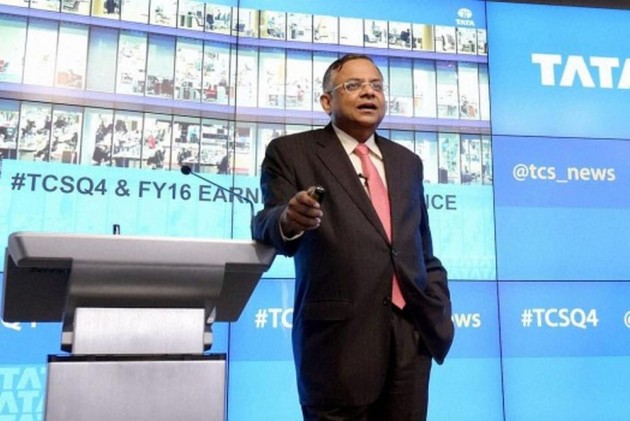 Over two months after the unceremonious sacking of Cyrus Mistry, USD 103-billion Tata Group today named TCS chief N Chandrasekaran as the new Executive Chairman of Tata Sons that saw a lot of bad blood recently in the country's most bitter boardroom battle.

Popularly known as 'Chandra', the 54-year-old will take charge at the helm of Tata Sons, the main holding company of the salt-to-software conglomerate from February 21.

"The Board of Directors of Tata Sons, at its meeting today, appointed N Chandrasekaran as Executive Chairman. This is as per the unanimous recommendation of the Selection Committee," the company said in a statement.

He was chosen to step into the shoes of interim Chairman Ratan Tata, who took over on October 24 last year after the removal of Mistry. The announcement did not mention Chandrasekaran's tenure at the top. It also had no word on what role the group would give to Ratan Tata, who was made interim chairman after Mistry's ouster.

At TCS, Chandrasekaran would be succeeded by Rajesh Gopinathan, currently the company's chief financial officer.

"We believe he will now inspire the entire Tata group to realise its potential acting as leaders in their respective businesses, always in keeping with our value system and ethics and adhering with the practices of the Tata group which have stood it in good stead."

Chandrasekaran was the CEO and MD of Tata Consultancy Services, the cash-cow for the group, since 2009. A Tata lifer, he had joined the company in 1987. He was appointed as a Director on the board of Tata Sons on October 25, 2016, just a day after Mistry's removal. MORE The decision to appoint him followed a five-member search committee comprising Ratan Tata, TVS Group head Venu Srinivasan, Amit Chandra of Bain Capital, former diplomat Ronen Sen and Lord Kumar Bhattacharya zeroing in on Chandrasekaran.

The search panel was given four months to find the new head of the promoter company of the major operating firms of the conglomerate, but the decision has been reached even before that.

Chandrasekaran's appointment as Tata Sons Chairman comes at a time when the company is fighting a legal battle at the National Company Law Tribunal with Mistry, who has challenged his ouster.

Yesterday, Mistry family-owned two investment firms had filed a contempt application at NCLT against move by Tata Sons to remove him as director and sought an order to restrain the company from going ahead with its planned EGM on February 6 called to remove him.

In one of the biggest board room battles in history of India Inc, Tata Sons board had removed Mistry as Chairman citing loss of faith in his leadership and for the good of the future of the group, while his predecessor Ratan Tata was brought back as an interim Chairman.

Mistry, on the other hand, had alleged that Tata and other trustees of the Tata Trusts ran alternate power centre and he was reduced to a "lame duck Chairman".

Under his leadership, TCS generated consolidated revenues of USD 16.5 billion in 2015-16. The company remains the most valuable company in India as of 2015-16 with a market capitalisation of over USD 70 billion.

Outside his profession, Chandrasekaran is an avid photographer besides being a passionate long-distance runner who has completed several marathons around the world, including Amsterdam, Boston, Chicago, Berlin, Mumbai, New York, Prague, Stockholm, Salzburg and Tokyo.