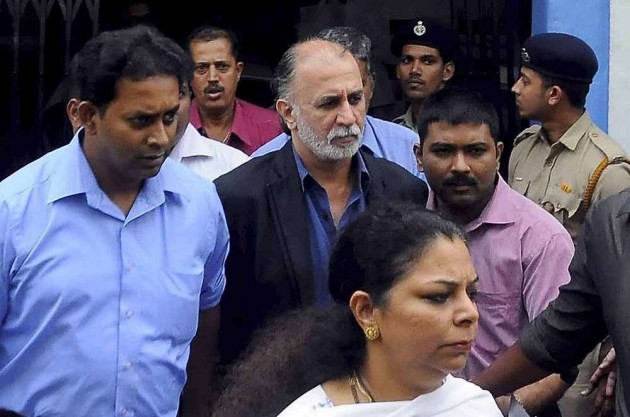 After expiry of his six-day remand today, the 50-year-old journalist was produced before a local court, which extended his police custody till December 10.

Tejpal, accused of sexually assaulting a junior woman colleague in a hotel here in early November, was arrested by Goa Police on Saturday last.

He said his client has been thoroughly interrogated by police and relevant materials besides the clothes which he wore on the day of alleged incident have been recovered.

Public Prosecutor Saresh Lotlikar told the court that many witnesses were yet to be examined and hence further custody of Tejpal is required.

The Tehelka founder underwent two rounds of medical tests during his 6-day custody.

Three colleagues of the victim-reporter, who has since resigned from the weekly magazine, deposed before the Chief Judicial Magistrate here yesterday. The victim had confided in them about the alleged sexual assault.

The statement of Shoma Chaudhury, former Managing Editor of the magazine to whom the reporter had written about the incident, is also to be recorded by the Magistrate.