Take Up Causes of Women, Weaker Sections: Heptulla to Media 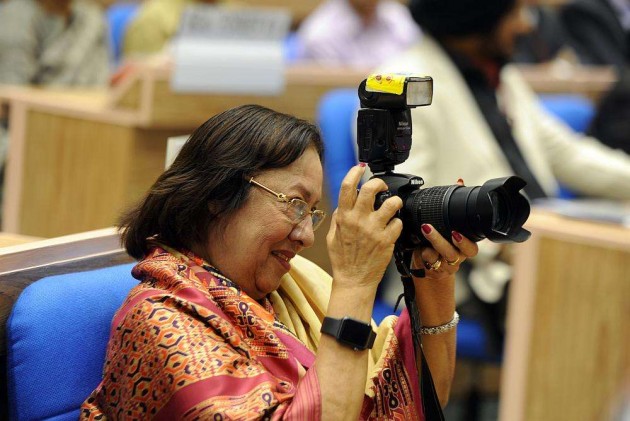 Print
A
A
A
increase text size
Outlook October 16, 2015 22:04 IST Take Up Causes of Women, Weaker Sections: Heptulla to Media

Lauding the role of women in media, Minority Affairs Minister Najma Heptulla today urged them to take the causes of women and also weaker sections of the society.

Heptulla was speaking at the 21st anniversary of the Indian Women's Press Corps (IWPC) where she said that women have made a mark in various fields, even in the challenging field of journalism where they have become the face of channels and are also reporting from battlefields, stock markets and Parliament.

As they simultaneously endure police beatings and danger alongside their male colleagues, women bring a new sense of tenacity, dedication and sensitivity to the profession, she said.

Heptulla noted that nobody can understand and report on women's problems better than women themselves and urged women journalists to take up causes of women and weaker sections of the society.

As journalists, women should aid underprivileged sections of our population to climb our social and political ladder by bringing them to the fore, she added.