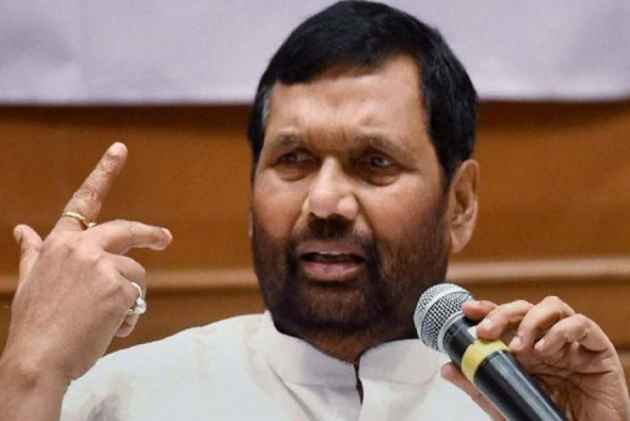 Union minister Ram Vilas Paswan on Wednesday asked Uttar Pradesh Chief Minister Yogi Adityanath to take a serious view of killings and harassment of Dalits in the state and take stern action against the culprits.

In a series of tweets, Paswan attacked BSP supremo Mayawati, saying her resignation from Rajya Sabha was an outcome of rejection of her party by the community in Lok Sabha and assembly polls.

He claimed that Dalits suffered maximum atrocities when she was the UP chief minister.

Paswan's attack comes a day after Mayawati quit Rajya Sabha membership, claiming that she took the step after the Chair asked her to restrict her impromptu speech on violence against Dalits in Saharanpur district of Uttar Pradesh.

"The LJP urges Uttar Pradesh Chief Minister Yogi Adityanath to take a serious view of killings and harassment of Dalits and act against culprits and officials concerned.

"District magistrates concerned and superintendent of police concerned should be made accountable to ensure there is no repeat of such incidents," he said on Twitter.

Slamming Mayawati, the Minister said the BSP supremo was rejected by Dalits during Lok Sabha and assembly polls in Uttar Pradesh and claimed that the election results have caused trepidation in her mind as new leaders from the community are emerging.

He also questioned the former UP chief minister to come clear from where she got Rs 104 crore, which was deposited in her bank account within a week after demonetisation was announced (on November 8 last year).

Mayawati should also tell whether the money she deposited in the bank came from Dalits or big corporate houses, he questioned.